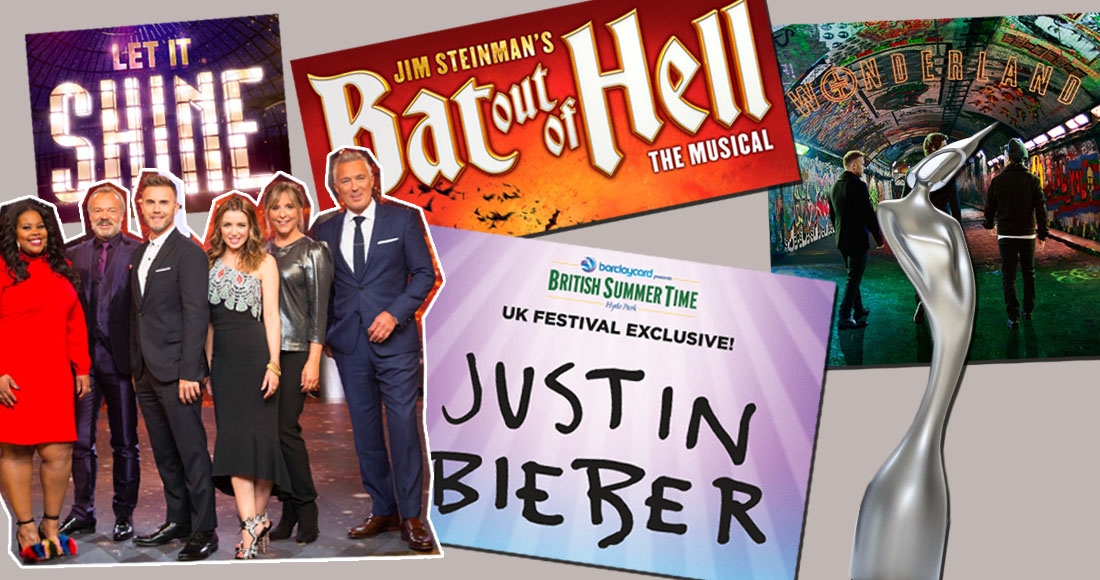 What better way to say a hearty GURL BYE to the mixed bag that was 2016 than to look forward to what's coming in 2017?

There's already plenty to get excited about in the coming year, so let's take a look at what's looming in 2017…

It's the same show we know and love, but with a twist. The Voice has moved from the BBC to a new home on ITV, and will kick off on January 7. As ever, The Voice is the Sugababes of talent shows, and there have been a few lineup changes. Gavin Rossdale and Jennifer Hudson join a returning Tom Jones and Voice stalwart will.i.am on the coaching panel, while Cel Spellman will join as V Room reporter – presenting the show's social media content. But fear not, Emma Willis will be back to keep everyone in line! For the first time in the UK, there'll also be a kids' version of the show, with Pixie Lott and Danny Jones from McFly joining will.i.am on the panel. 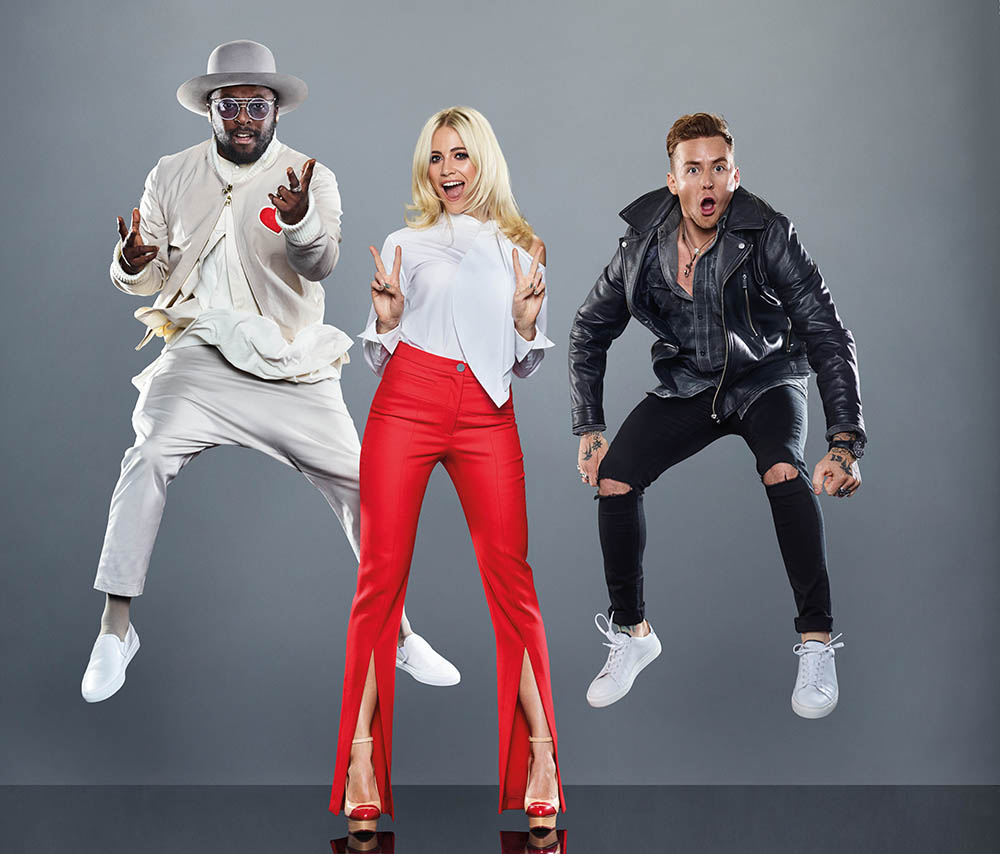 Pixie knew those trampoline-resistant heels would come in handy one day. (ITV)

Awards season gets into full swing in February with the Grammys looking like it will be dominated by Beyoncé, who's challenging in nine categories, and is the first woman ever to be nominated across rap, rock, R&B and pop in the same year, thanks to her eclectic collection Lemonade. Adele is in with a pretty good chance at taking home some silver too – she was the big winner at last year's BRIT Awards and has scores five nominations. Will 2017's Grammys belong to A or B? We'll just have to C. (Sorry.)

So The Voice has moved house, but shuffling in to replace it is Let It Shine, a new talent search spearheaded by Take That's Gary Barlow. The aim? To find five new leading men for a forthcoming musical about Take That. The judging panel has some serious showbiz credentials, with X Factor queen Dannii Minogue, Spandau Ballet star Martin Kemp helping Gary put contestants through their paces. The show will be presented by Graham Norton and Mel Giedroyc.

Build-up for the BRITs is already gathering momentum, with Rag N Bone Man already announced as the Critics' Choice Award winner. Nominations will be announced soon and while we're not one to speculate, we reckon David Bowie, Skepta, Rihanna, Beyoncé and Little Mix could be in with a shot of taking home a prize. And maybe a nod for Christine and the Queens? We'll soon find out! This year's award is a doozy too, designed by the agency of iconic architect Zaha Hadid. There's always something to talk about at the BRITs, whether it's a stage invasion, a superstar topping *off* the stage or a celeb on the wrong end of too many shandies. We. Cannot. Wait.

Bat Out of Hell musical

40 years in the making, a new musical based on Meat Loaf's classic Bat Out Of Hell albums will finally be making its UK debut. Songwriter Jim Steinman had always imagined his hugely dramatic songs as part of a stage production, and now he's bringing his dream to life. Opening in Manchester in February before transferring to the West End in June, the epic show will take in classics like You Took The Words Right Out Of My Mouth, Bat Out Of Hell, I Would Do Anything For Love (But I Won’t Do That) and Two Out Of Three Ain’t Bad.

It comes round quicker than you think, you know. Tickets for the ultimate music festival already sold out back in October, with thousands of you praying this year won't be a muddy one. Not much has been given away about who'll be entertaining the welly-wearers this year, but Radiohead are confirmed to be headlining the Friday night. Other names in the frame include Ed Sheeran, Lady Gaga (who very pointedly she didn't "have permission to talk about that" when asked), veteran rockers Fleetwood Mac and Foo Fighters. 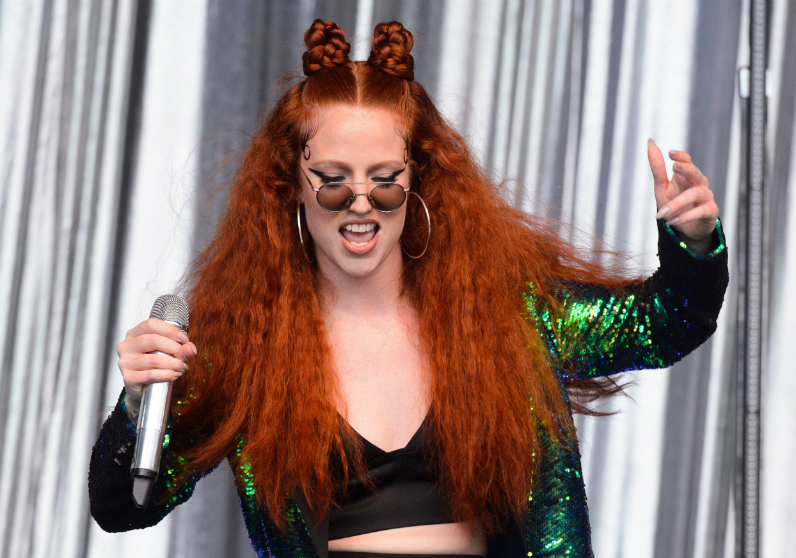 Here's Jess Glynne having an amazing time on stage at Glastonbury 2016. (Rex)

Hyde Park is the place to be if you want to bag yourself some A-lister popstar attention in 2017, as the British Summer Time gigs return. Confirmed for headline sets are Justin Bieber, Kings of Leon, Green Day, Phil Collins and Tom Petty. Bieber's date promises to be a total popfest, with supporting stints from Tove Lo, Anne-Marie, and Martin Garrix. 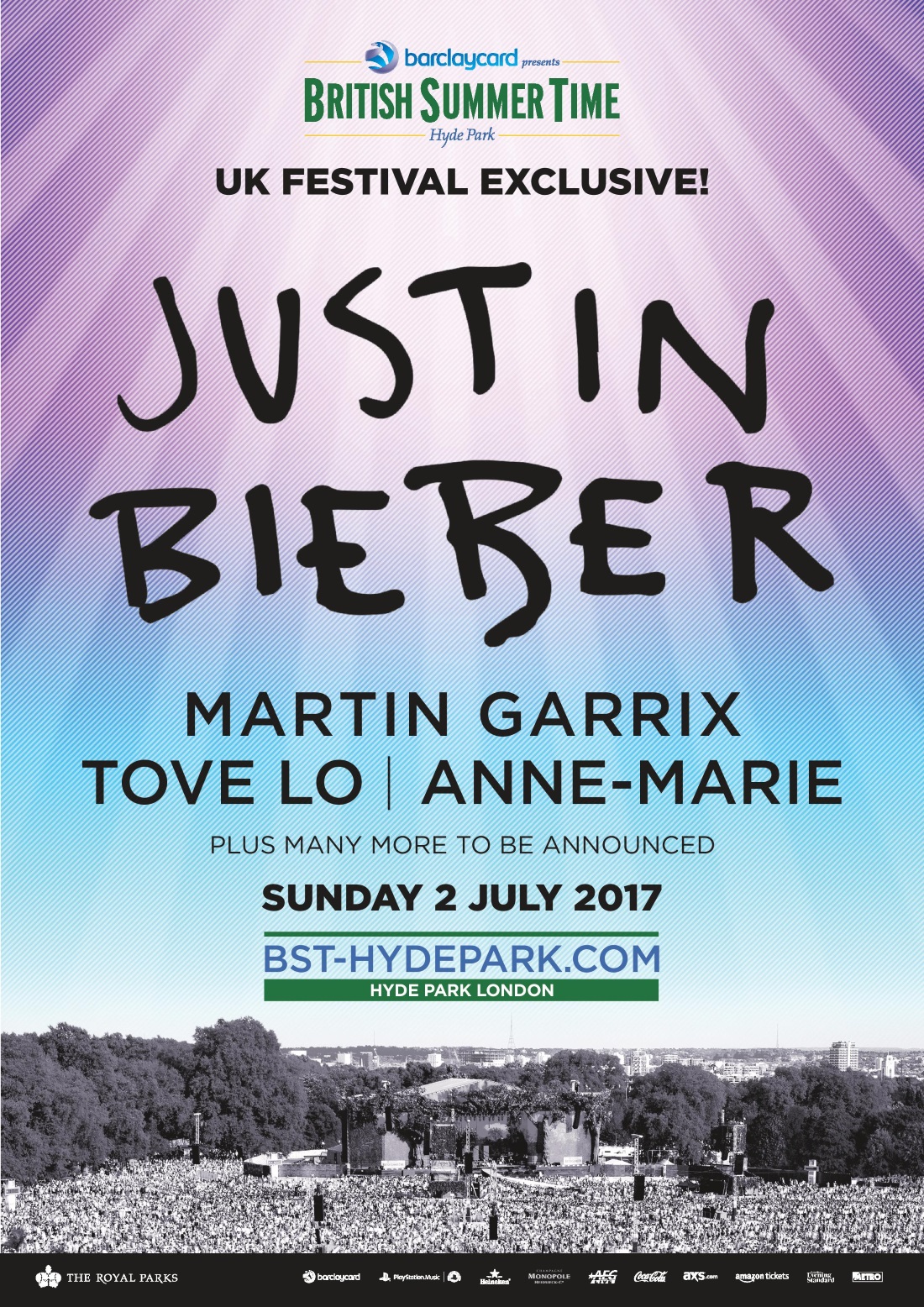 Robbie is heading back out on the road in 2017 to promote his new album The Heavy Entertainment Show. He's playing seven stadium shows across the UK and Ireland, supported by none other than Erasure, in case you needed another reason to buy tickets.

"Not in this lifetime," was Axl Rose's reply when asked in 2012 if Guns N Roses would reform, and the frontman is eating his words in style, as it's also the name of the band's reunion tour, which comes to the UK in summer 2017. Original members Axl, Slash and Duff will be onstage together for the first time in over two decades, taking on two nights at the London Stadium at the Queen Elizabeth Olympic Park.

...and a lots of potentially amazing album releases

Lots of acts are gearing up to release new albums in 2017, including:

Yep, Katy is finally set to make a return with a follow up to 2014's Prism. Not much is known about the collection yet, but judging by a couple of teasers she recently posted on her Instagram stories, she's almost there...

#VIDEO | "🎸😔 I drew on my tooth with a sharpie for fun and now it won't come off 😔🎸 via @katyperry's instagram story. SHOOK! 😵 pic.twitter.com/vPxDdK9Y9G

Ed marked his return to social media (exactly one year to the day) with a curious image of a square of blue. That's enough to suggest to us that his next album is imminent. He's got a mighty job on his hands following up 2014's mutli-million selling X, but Ed hasn't let us down yet, has he? We're placing our bets on a January release for this one.

The original American Idol has signed a new record deal with Atlantic and told E! she plans to release a "soulful" collection of songs in June 2017. "I'm so excited because they want to make the album that I've been dying to make since I was a kid and since I was on Idol," she said.

Expect next year to be a big one for Take That. It's the 25th anniversary of the group, and to celebrate, they're releasing their eighth album Wonderland in March, plus a greatest hits later on the in the year.

The London trio release their long-awaited third studio album, called I See You, on January 13. We've already heard trailer single On Hold, while the band have insisted it has a "completely different concept" and is "more outward-looking, open and expansive" than their previous two efforts.

In November Coldplay put rumours that 2015's A Head Full Of Dreams was their final album to rest with the announcement of a new EP. Other than the title, which comes from an interlude track on their current collection, nothing else is known about the release at the moment. There's still time to evolve that EP into a full LP, guys...

What are you most pumped for in 2017? Tell us in the comments below…