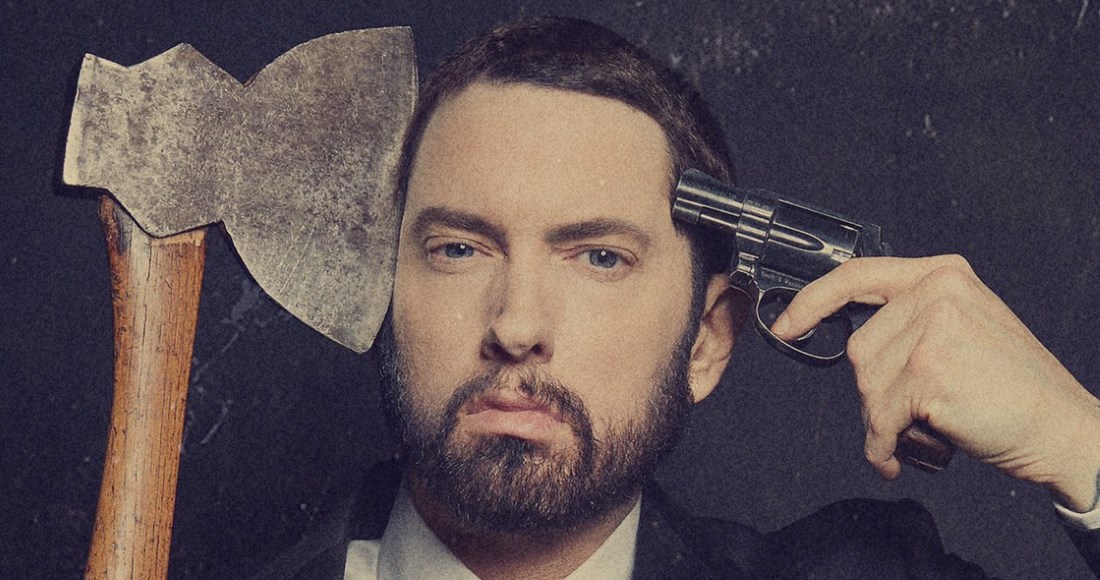 Eminem is officially the most popular artist in Ireland this week and is Number 1 on both the Official Irish Singles and Albums Charts.

The album’s popularity spills over onto the Official Irish Singles Chart, which Eminem tops for the first time in six years. Godzilla marks Eminem’s ninth Irish Number 1 and marks the first time leading the Top 50 for the late Juice WRLD who is a featured artist. Eminem was last Number 1 in October 2013 with his Rihanna collaboration The Monster.

Eminem also claims his 50th and 51st chart hits with These Kinda Nights featuring Ed Sheeran at Number 20 and Darkness at Number 22.

The fight to be Number 1 on the Official Irish Singles Chart was a close call this week, with just 200 chart sales separating the Top 4. Rising US rapper Roddy Ricch climbs to Number 2 with The Box, Lewis Capaldi’s eight weeks at Number 1 ends as Before You Go drops to Number 3, and Dua Lipa is at Number 4 with Don’t Start Now.

The Weeknd is up five places this week with Blinding Lights at 5, Halsey lifts into the Top 20 with You Should Be Sad at 19.

Finally, aside from Eminem’s three tracks, four more songs makes their first appearances on the Irish Top 50 this week. Jonas Brothers start at Number 23 with What A Man Gotta Do, UK drill rapper Digdat is at Number 34 with Ei8ht Mile ft. Aitch, The 1975 score their seventh hit on Irish soil with Me & You Together Song at Number 46, and Korean boyband BTS fly to Number 49 with Black Swan, their third Top 50 single.

Elsewhere on the albums chart, the late Mac Miller scores his first Top 10 with posthumous release Circles at 6, Halsey collects her third consecutive Top 10 with Manic at 8.

Beautiful Affair – A Retrospective, the new greatest hits from folk group Stockton’s Wing is the best-selling album of the week on CD, and debuts at Number 10.

Finally, Bombay Bicycle Club ride to their way to a third Top 50 album with Everything Else Has Gone Wrong at Number 24.