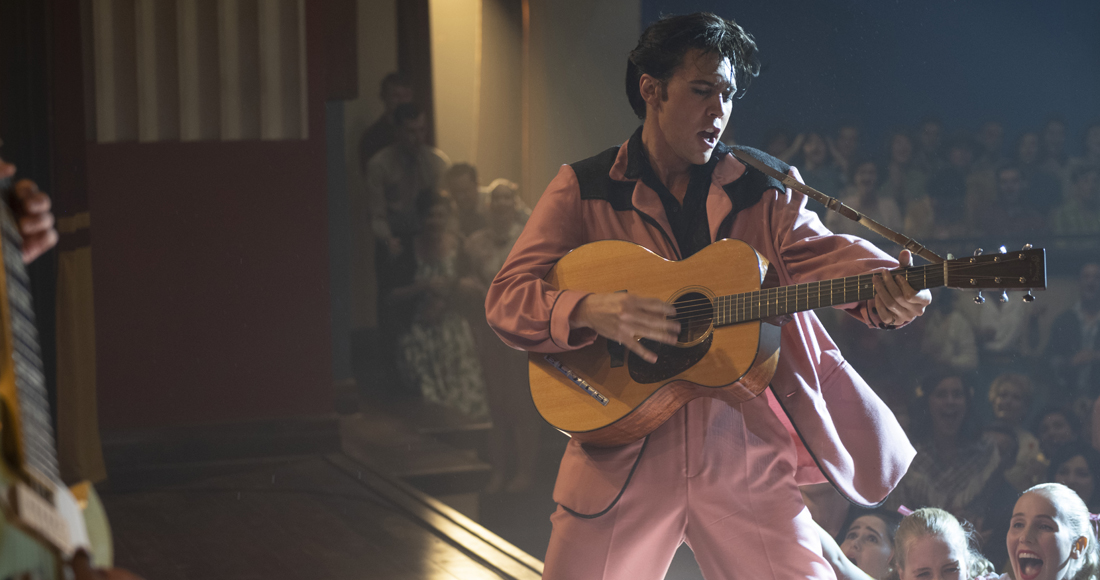 Elvis, the 2022 biopic about Elvis Presley makes a showstopping Number 1 debut on the Official Film Chart.

Documenting the highs and lows of Elvis’s (Austin Butler) life, from childhood, to his unprecedented stardom as he became the King of Rock’n’Roll – framed through his complicated relationship with his manager, Colonel Tom Parker (Tom Hanks) – Elvis enters at Number 1 to oust Top Gun: Maverick (2) from its four-week stint at the top.

Meanwhile, there’s a big return to the Official Film Chart from 1987 era-defining black comedy/horror The Lost Boys (4) which earns a brand-new peak and its first entrance into the Top 10 thanks to a 35th Anniversary Steelbook release.

Three more brand new entries are up next, with Chris Hemsworth making an appearance in Marvel’s Thor: Love and Thunder, which enters at Number 6 on digital downloads only. Not far behind is Ethan Hawke-starring horror The Black Phone at 7.

Our final new entry in the Top 10 comes from 1982 horror Poltergeist, which also received a 4K Steelbook release this week as part of its 40th anniversary.