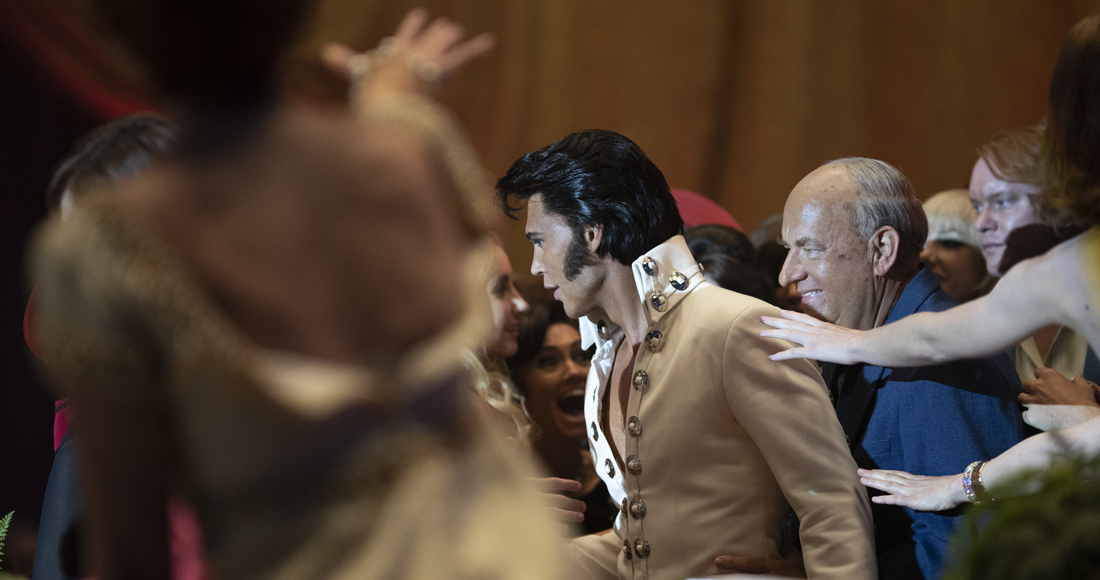 The King is back on top! Elvis returns to Number 1 on the Official Film Chart following its success at the Golden Globes last week.

After its star Austin Butler won the award for Best Actor - Motion Picture – Drama in the biopic at this year’s ceremony, the film enjoyed a rise in both digital download and physical sales, placing it firmly back into the position of the UK’s Number 1 film.

As a result, previous chart-topper Top Gun: Maverick is pushed back to Number 2 while dark comedy-drama The Banshees of Inisherin soars 24 places to Number 3, the most downloaded film of the week in the UK. Starring Colin Farrell and Brendan Gleeson, The Banshees of Inisherin also enjoys some extra attention following the Golden Globes where it was nominated for eight awards and won three – Best Motion Picture – Musical or Comedy, Best Actor – Musical or Comedy (Farrell) and Best Screenplay.

Book adaptation Lyle, Lyle, Crocodile lifts five places to a brand-new peak of Number 4, while Jurassic World: Dominion finishes at Number 5, and The Croods: A New Age is at 6.

Drama-fantasy book adaptation The Lovely Bones, originally released in 2009, finds its way into the Top 10 for the very first time, flying up 16 places to Number 7.

Rounding out the final places in this week’s Top 10 are The Batman (8), Fantastic Beasts: The Secrets of Dumbledore (9) and Spider-Man: No Way Home (10).