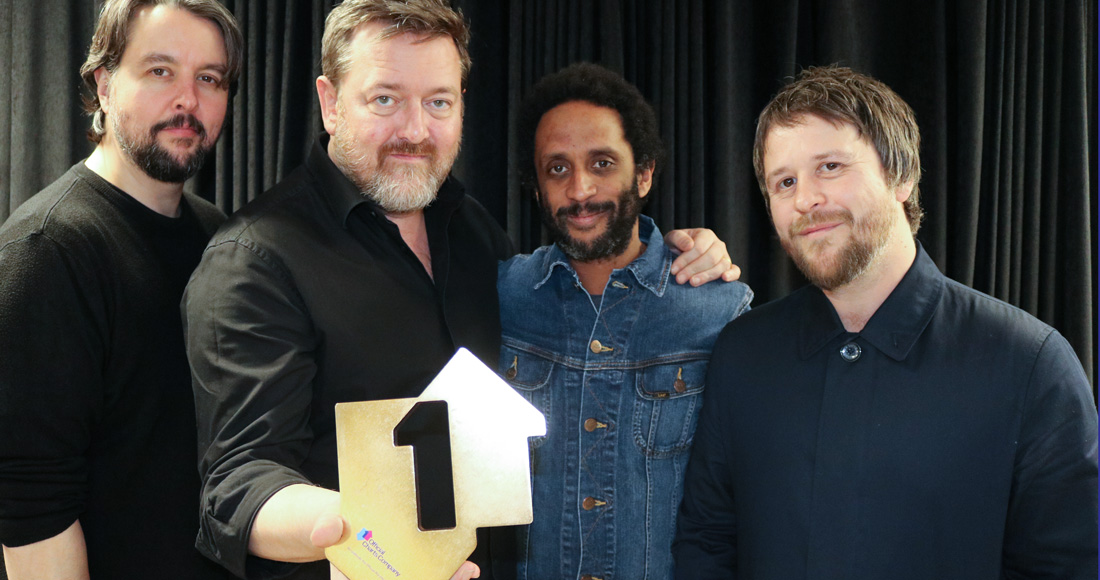 Elbow have scored their second Number 1 record on the Official Albums Chart.

Guy, Craig, Pete and Mark's seventh studio album Little Fictions achieved 40,000 combined chart sales to reach the Albums Chart summit for the second time in their careers. Little Fictions follows 2014's The Take Off and Landing of Everything which also peaked at Number 1.

Speaking to OfficialCharts.com about their success, frontman Guy Garvey said: "You always hope that you're going to go up the charts. We've been in the Top 10 six times which is not bad but to be Number 1 is great! The lovely thing about it is that people outside of music understand it. This is the best part about it for us. It makes our parents proud."

Five of Elbow's studio albums have charted in the UK's Top 10 since the release of their first LP in 2001. Their 2013 b-sides collection Dead in the Boot followed suit, peaking at Number 4. Look back at Elbow's chart history here.

Black Star Riders achieve a career best placing with Heavy Fire at Number 6, ahead of Sampha's debut album Process, which starts out impressively at Number 7. Lower Than Atlantis also earn a personal best position at 8 with Safe in Sound, their third Top 40 album.

Lady Gaga makes two appearances in the Top 40 today, fresh from her impressive Super Bowl half-time show performance. Gaga's latest album Joanne rockets a tremendous 77 rankings to Number 11, and her debut studio offering The Fame returns to the Top 40 for the first time since October 2011 at Number 38.

Big Sean is another new entry at Number 12 with I Decided, his highest ever position in the UK. Further down the tally, Bob Marley's Legend rises five to Number 30, and Fleetwood Mac's Rumours rebounds into the Top 40 for a 128th week, up 11 to Number 40.