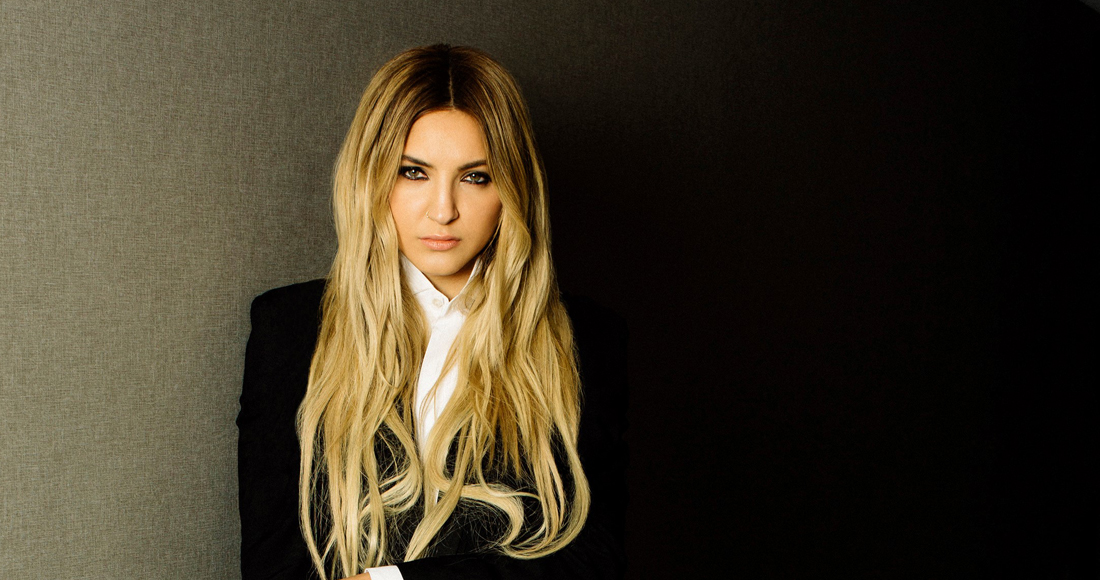 US singer-songwriter Julia Michaels is currently enjoying her third Top 40 hit on the Official UK Singles Chart with If The World Was Ending - an apocalyptic love song whos timing was strangely perfect, released around the time lockdown set in due to the coronavirus crisis.

While it's Julia's third UK Top 40 hit as a named artist, she's racked up another 13 as a songwriter. Her co-writes on Justin Bieber's Sorry and Selena Gomez's Good For You and Lose You To Love Me (and most of Selena's last two albums) are well documented; but below are eight more songs you probably didn't know she co-wrote.

Julia was one of the contributors to Dua's latest album Future Nostalgia, co-writing mellow disco-pop ditty Pretty Please with Dua, Caroline Ailin and Ian Kirkpatrick - the latter two of which co-wrote New Rules. Discussing the track, Dua explained: "I felt like the album needed a little something in the middle [of the album] to slow it down because it's so relentless in terms of how upbeat all the songs are. Although the meaning behind the song is not chill at all."

Because of the lyrics it borrows from pop's hits of yesteryear, eighteen songwriters are listed on Anne-Marie's Top 5 smash 2002. However, Julia is one of five artists who actually conceived the track, alongside Anne-Matie, Ed Sheeran, Benny Blanco and Steve Mac.

Julia co-wrote this electronic ballad from A Star Is Born with her regular writing collaborator Justin Tranter, as well as Gaga, Mark Nilan Jr., Nick Monson and DJ White Shadow. The song plays a big role in the film, marking the moment Gaga's character Ally transitions from country rock to R&B-pop and is the first single from her debut album.

Julia has two credits on Years & Years second album Palo Santo, one on the anthemic Preacher and the ecclesiastical banger Hallelujah - a high adrenaline number about dancing through heartache co-written with frontman Olly Alexander, Greg Kurstin and Tranter.

Janelle's criminally overlooked, rubbery funk tune credits Julia, Tranter, Janelle, Mattias Larsson and Robin Fredriksson as co-writers. If you think it sounds a lot like Prince, it'll be because he also worked on the song prior to his death in 2016.

Julia scored her first UK chart hit with a co-write on Poison, a Number 3 hit on the Official Singles Chart for Rita Ora in 2015. The song's lyrics about being addicted to bad relationships would form a blueprint for Julia's future work with Selena Gomez and Justin Bieber.

Julia helped Linkin Park deliver one of their biggest mainstream hits in years with this electropop-rock song released in 2017 - inculding their highest charting single in the UK in four years. It is also the band's last single to be released during the lifetime of frontman Chester Bennington, who died in July that year.

This emotional ballad is perhaps the strongest display of Jessie's crystalline vocals from her safe-but-solid third album Glasshouse. The song was co-written by Julia with Jessie, Benny Blanco and Two Inch Punch.