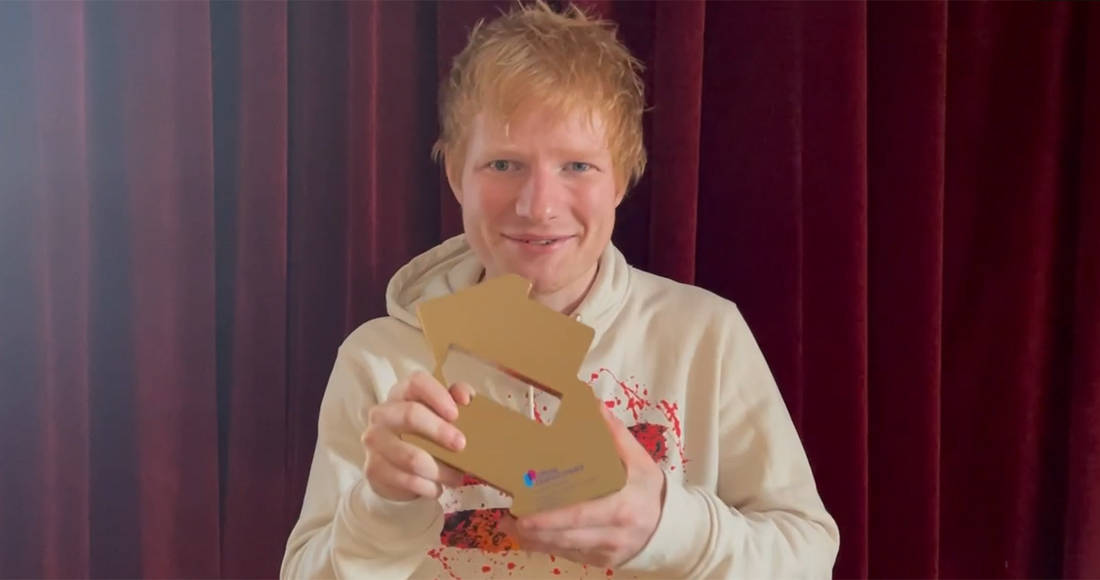 Ed’s fourth album earns its second total week at Number 1, having hovered at Number 2 for the past three weeks.

At the time of its debut, Equals became the UK’s fastest-selling album of the year, although it was overtaken just a few weeks later by Adele’s 30 - which finishes this week at Number 2 with fewer than 500 chart sales between the two releases.

Michael Buble rises one place to Number 3 this week with Christmas, its highest peak of the year. Also rising this week are Little Mix, jumping up four places with greatest hits Between Us at Number 5.

This week sees several albums rising back into the Top 10; Olivia Rodrigo’s Sour is up 10 to Number 6, D-Block Europe’s Home Alone 2 vaults 12 to Number 7, Queen’s Greatest Hits is up 6 to Number 8, and Elton John’s Diamonds best-of is up twenty places to Number 9.

Outside of the Top 10, several more chart mainstays have also experienced a surge in the Christmas holidays - these include Ed Sheeran’s Divide (11), ABBA’s Gold (12) and Fleetwood Mac’s 50 Years: Don’t Stop (15).

Further down, Greatest hits compilations 1 by The Beatles (30) and Twenty Five by the late George Michael (32) also enjoy major uplifts this week, with the latter collection re-entering following the fifth anniversary of the much-loved singer’s death.

Christmas spirit is of course alive and well on the Official Albums Chart: Frank Sinatra’s Ultimate Christmas is this week’s biggest climber, flying up a massive 64 places to Number 33, a new peak. Queen of Christmas Mariah Carey is breaking back into the Top 40 with Merry Christmas rising 25 to Number 34, and finally, Bing Crosby’s Christmas Classics is up 54 places to Number 36.