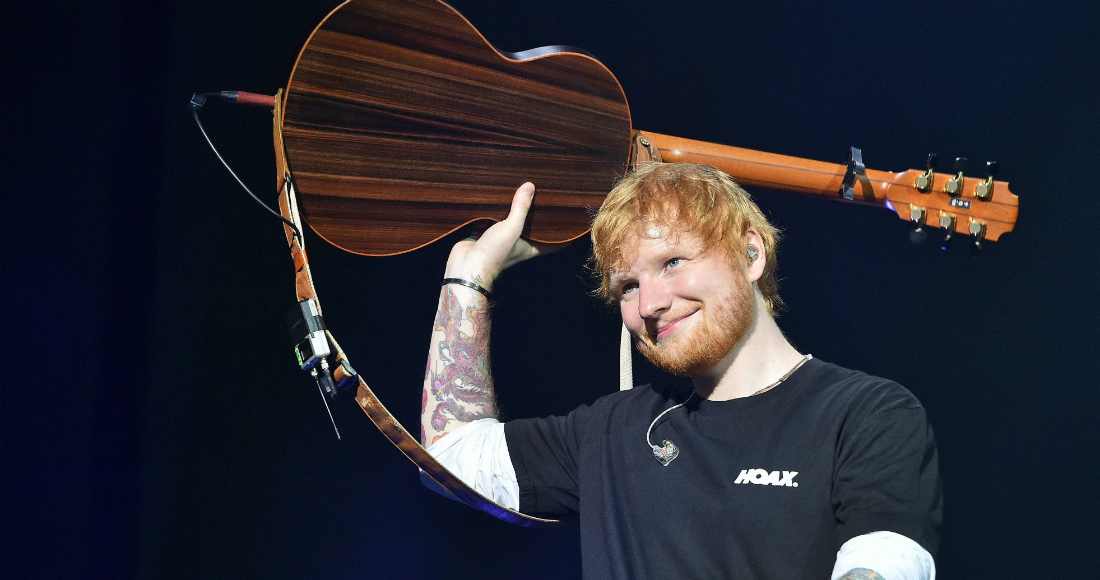 Ed Sheeran has revealed that he considered quitting music during his 12-month break last year, when he and his wife Cherry Seaborn became parents.

Ed, who is currently Number 1 on the Official Singles Chart with his comeback track Bad Habits, said he contemplated becoming a stay at home dad after the birth of his daughter Lyra in August.

Speaking on SiriusXM, the star said: "In my year off, I was kind of searching for who I was because I stopped playing music for a bit. And music is entirely me as a person.

"And then I had my daughter — well, my wife had our daughter, but I’m a parent. And then I was like, 'That’s it, this is me, I’m just going to be a dad, I’m not going to play music anymore'."

Ed says he ultimately decided to return to music to show his daughter the importance of having a strong work ethic.

He explained: "I think it’s more important for my daughter to grow up knowing that her parents have the work ethic… and love creating and enjoy their jobs and seeing that rather than like looking at your dad as technically unemployed."

And it seems Ed has been quick to show 11-month-old Lyra the ropes of the music industry, telling Kiss Breakfast: "She’s been in the recording booth with me, asleep on my shoulder and stuff like that. It depends – she is now of an age where she is just out and about and awake but in the first two months they sleep like 21 hours a day."

Ed's single Bad Habits is set to claim a fifth week at Number 1 on the Official Singles Chart this Friday (July 30) - his fourth-longest chart topper behind Shape Of You (14 weeks), I Don't Care (8 weeks), and Perfect (6 weeks). View Ed's Official Chart history in full here.