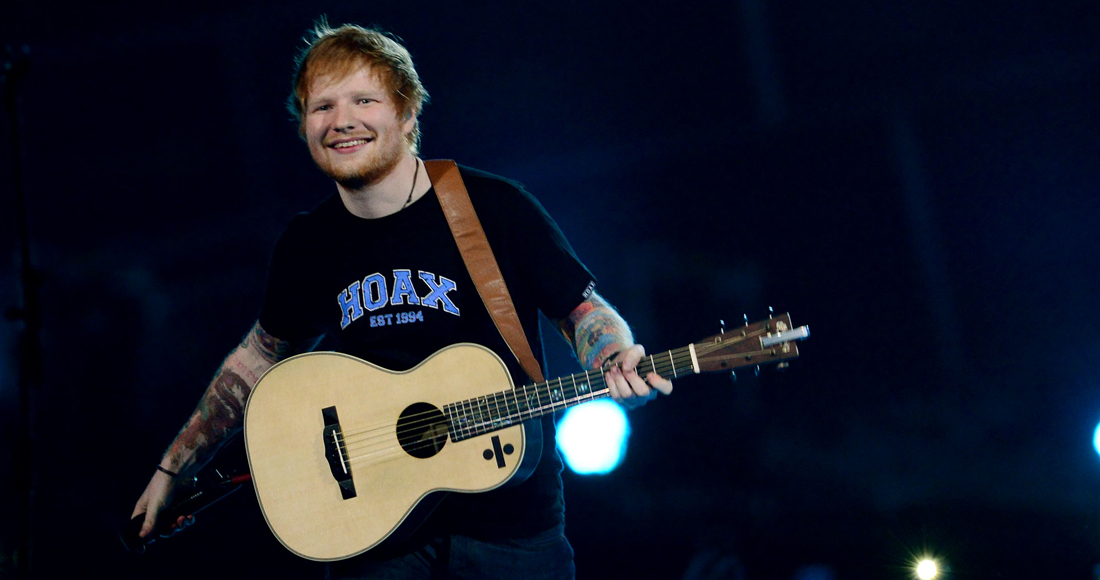 Ed Sheeran has claimed the first Number 1s of 2018 on both the Official Singles Chart and the Official Albums Chart.

Perfect was the most downloaded and streamed track of the last seven days, and spends a fifth consecutive week at Number 1. By also topping the Official Albums Chart with ÷, this marks the fourth time the album and one of its tracks have scored the Official Chart double. ÷'s return to Number 1 is its seventh separate stint at the top, a record among solo males.

÷ ended 2017 as the most purchased record on CD, vinyl, and download formats, and was also the most streamed album of the year. Check out the Top 40 biggest albums of 2017 on the Official Chart here.

As the multitude of Christmas songs exit the Official Chart, several tracks make big gains this week, 11 of which reach new peaks. The highest charting track to score a personal best is Big Shaq’s Man’s Not Hot, up three to Number 3.

Next, three new Top 40 entries sit back-to-back: This Is Me by Keala Settle and The Greatest Showman Ensemble is at 28; J Hus scores his fourth Top 40 hit with Bouff Daddy at 29, and lovebirds G-Eazy and Halsey are at 30 with Him & I.

Portugal The Man’s Feel It Still lifts to a new PB of Number 35 in its 23rd week on chart, two placings ahead of Camila Cabello’s Never Be The Same at Number 37. Finally, The Greatest Show, another single from The Greatest Showman soundtrack is at Number 40, gifting Hugh Jackman, Zac Efron and Zendaya their first chart credits. Check out the Top 40 biggest singles of 2017 on the Official Chart here.

Speaking of The Greatest Showman OST, the collection leaps a whopping 35 positions to Number 4 this week, and is the first Motion Picture Cast Recording to hit the Top 5 since La La Land’s soundtrack was Number 1 in February 2017.