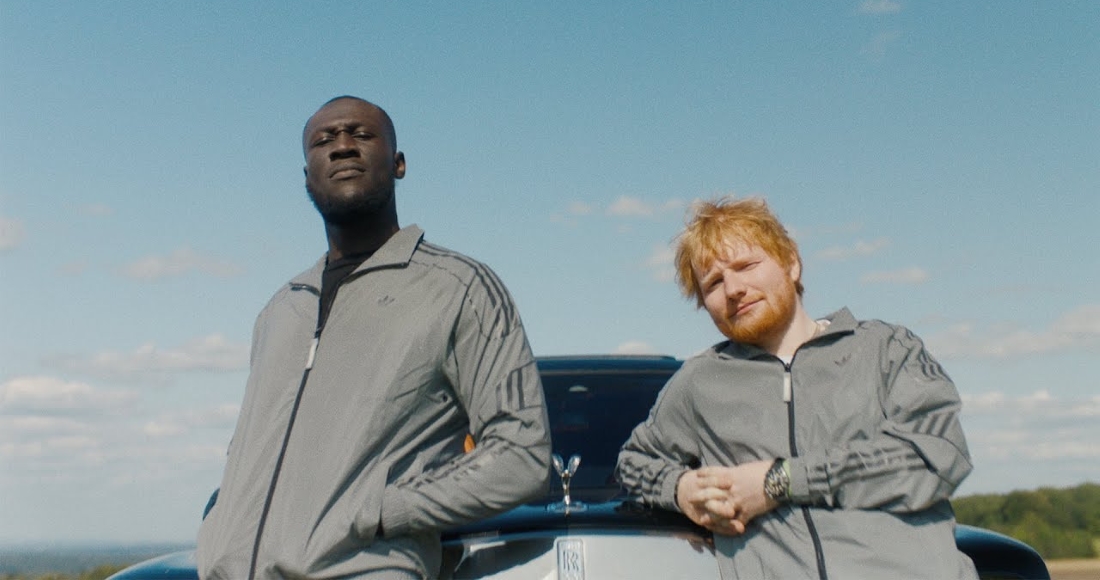 There's no shifting Ed Sheeran and Stormzy from the top of the Official Singles Chart – Take Me Back to London is Number 1 for a third week, aided by a remix by producer Sir Spyro, featuring rappers Jaykae and Aitch.

The collaboration racked up 8.45 million streams in the last seven days, finishing almost 13,000 chart sales ahead of Manchester rapper Aitch, who climbs a place to Number 2 with Taste (Make it Shake).

Following the release of his third studio album, Post Malone scores three songs in this week's Top 40: Circles climbs six slots to 5; Goodbyes returns to the Top 10, up four to 10; and Malone also claims the highest new entry of the week with the album's title track Hollywood's Bleeding.

Kosovar DJ and producer Regard leaps 10 places with Ride It to Number 15; Stormzy lands a 16th Top 40 with Sounds of the Skeng, new at 20.