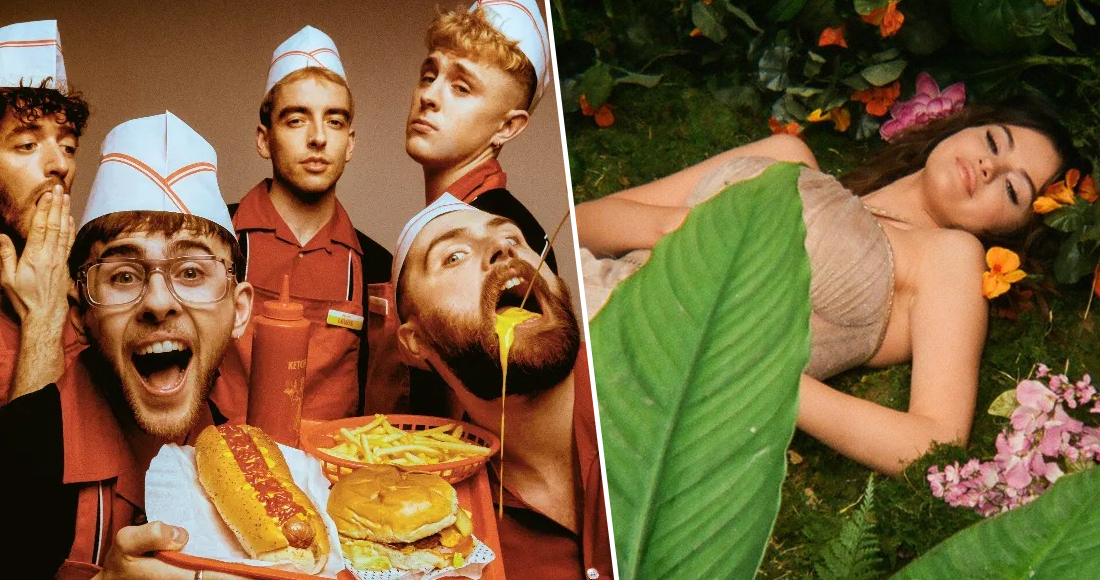 Easy Life are on course for the highest new entry on this week’s Official Albums Chart.

The alternative group finished in second on BBC Music’s Sound Of 2020 poll and are now heading for their first Official Chart entry with their third mixtape Junk Food. Based on sales and streams across the weekend, the collection is on track to debut at Number 3 on this Friday’s Official Albums Chart.

At the top of the chart, Lewis Capaldi is in pursuit of an eighth non-consecutive week at Number 1 with 2019’s best-selling album Divinely Uninspired To A Hellish Extent (1), replacing last week’s chart-topper Heavy Is The Head by Stormzy (2).

In at Number 4 at the midweek stage is Selena Gomez. The US pop star could score her first UK Top 10 album this week with her third solo album Rare, currently at Number 4. Rare has amassed the most downloads so far this week.

Also eyeing up his first Top 10 album this week is Sheku Kanneh-Mason. The cello player, who shot to fame after performing at the Duke and Duchess of Sussex’s wedding in May 2018, is already the highest-charting cellist ever, and could break his own record this week. His new album Elgar is at Number 6 midweek and may surpass his debut album Inspiration which peaked at Number 11.

Former Mercury Prize nominees The Big Moon could claim their first UK Top 40 album this week with Walking Like We Do (10), rising star Georgia is also on track to make her inaugural chart appearance with debut album Seeking Thrills (13), and Andy Williams hits collection Gold could also secure a place in the Top 20 (20).