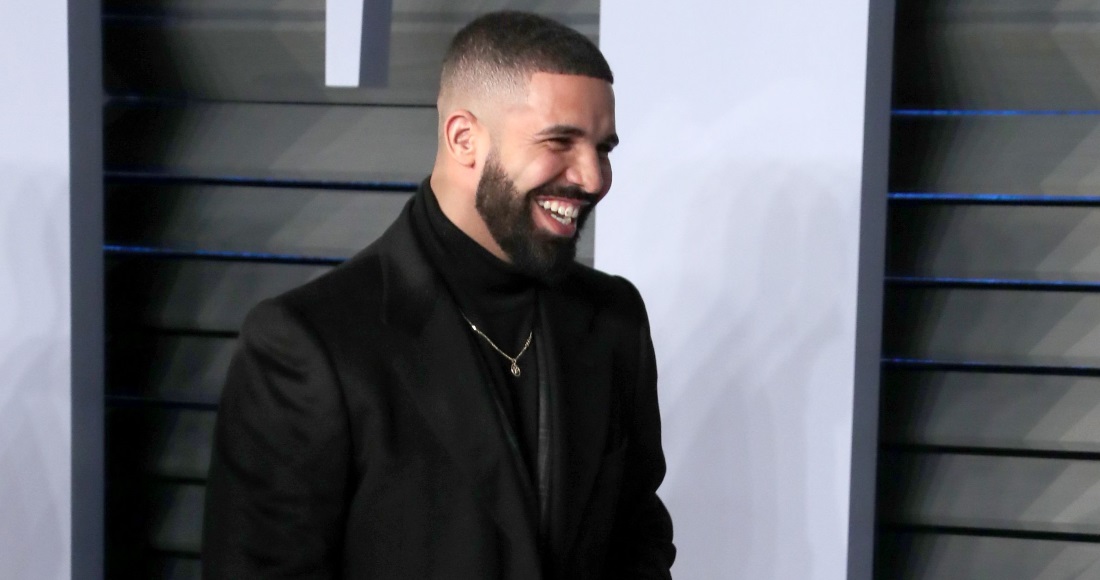 They say three's a crowd, but we're sure Drake won't mind making room in his award cabinet for his third Official Singles Chart Number 1 of the year!

In My Feelings follows God's Plan and Nice For What to give Drake a hat-trick of chart-toppers in 2018 – the first time in three years an artist has achieved this in a calendar year. Justin Bieber did it last in 2015 with What Do You Mean, Sorry and Love Yourself.

The song's success has been buoyed by the "In My Feelings Challenge" dance craze, created by Instagram comic Shiggy, which has seen a number of stars – including Drake himself – uploading videos of their own attempts. In My Feelings is Drake's fifth chart-topper in total. See Drake's full chart history

After being deposed by Three Lions last week, Shotgun, by George Ezra, remains at Number 2. Three Lions itself isn't in the Top 40 this week – find out where it ended up.

Drake claims a second Top 5 spots today, too: his duet with the icon Michael Jackson, Don't Matter to Me, is a non-mover at 5.

Highest new entry this week comes from Ariana Grande, with God is a Woman, the third track to be taken from forthcoming fourth album Sweetener, straight in at 4.

5 Seconds of Summer score their first Top 10 hit in four years with Youngblood, up three slots to 8, and Tiesto's Jackie Chan feat. Dezko, Preme and Post Malone is up from 12 to 9.

Breaking the Top 20 for the first time this week are Tyga's Taste, feat. Offset, which bounds eight spots to 16, while Cheat Codes & Little Mix leap nine places to 19 with Only You.

Childish Gambino is new at 30 with Summertime Magic; Martin Garrix and Khalid enter the Top 40, rising eight slots to 34 with Ocean; while The Greatest Showman anthem This is Me, from Keala Settle, sneaks back into the Top 40, rebounding six places to 37