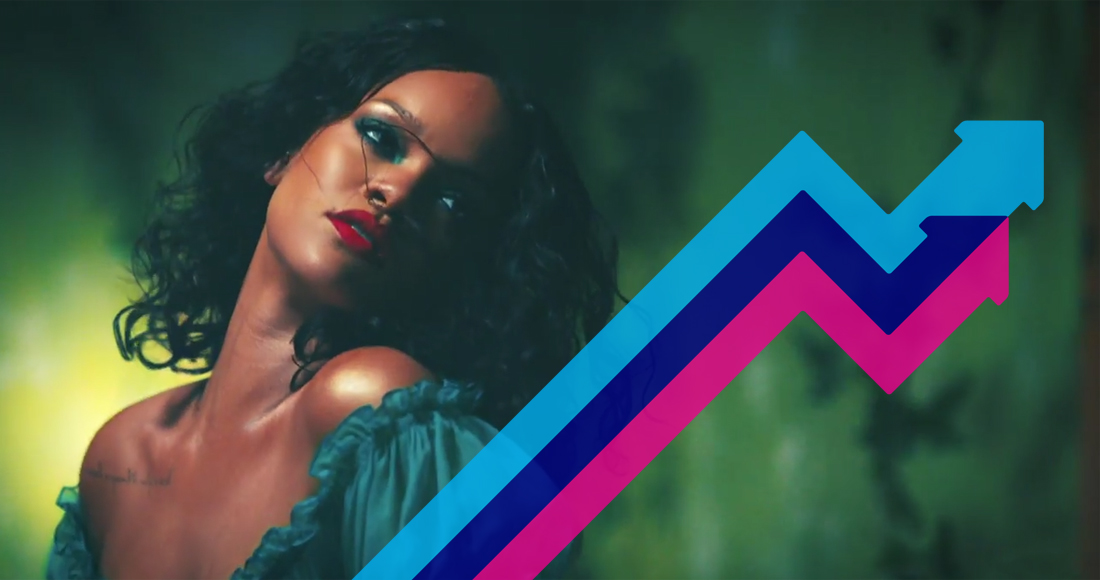 The UK is enjoying a heatwave this week (big time, right?) and DJ Khaled has just the song for it - his new collaboration with Rihanna and Bryson Tiller called Wild Thoughts.

The track lands straight in at the top of this week's Official Trending Chart - the Top 20 rundown of songs making waves in the UK this week, based on movement up the Official Singles Chart.

Wild Thoughts is the latest track from Khaled's upcoming album Grateful, out on June 23. The album includes the Number 1 single The One (with Justin Bieber, Quavo, Chance The Rapper and Lil Wayne), plus Shining ft. Beyonce and Jay and To The Max with Drake. Other guests on the record include Nicki Minaj, Calvin Harris and PARTYNEXTDOOR.

Also impacting on this week's trending Top 20 are Little Mix, whose latest single Power ft. Stormzy is on course to enter the Top 10  on this week's Official Singles Chart. If they manage it, it'll be their 11th Top 10. Look back at Little Mix's complete chart history here.

Elsewhere, Calvin Harris' latest single Feels, which features Pharrell, Katy Perry and Big Sean, impacts the Official Trending Chart, as does Selena Gomez's Bad Liar, which is on course to make a 31-place leap back into the Top 40 this Friday (June 23).

Other brand new singles already proving popular are Jax Jones' new collaboration with Demi Lovato, Instruction, Neiked's Call Me - the follow up to their Top 5 debut Sexual - and George Ezra, who made his return last Friday with Don't Matter Now.