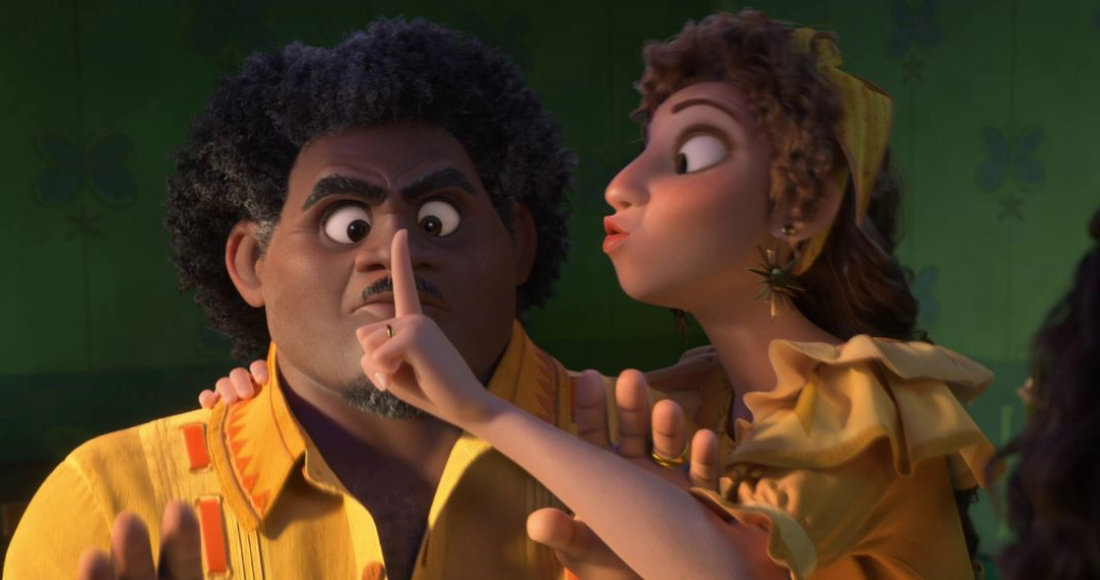 We Don’t Talk About Bruno continues its domination of the UK’s Official Singles Chart, settling in for a third consecutive week at Number 1.

Kicking away competition from Fireboy DML & Ed Sheeran’s Peru (2) and Gayle’s abcdefu (3), Bruno is now the longest-running Number 1 of 2022 so far.

Encanto is now the first animated film soundtrack in UK chart history to chart three songs in the Top 10 of the Official Singles Chart at the same time. As well as Bruno in the top spot, Jessica Darrow’s Surface Pressure holds steady at Number 4, while The Family Madrigal rises four spots to Number 7.

Elsewhere in the Top 10 today, Lost Frequencies and Calum Scott’s Where Are You Now is still on the rise, up two to a new peak of Number 5, as D-Block Europe and Central Cee jump two places to Number 6 with Overseas. It’s a new peak for the track, as well as D-Block Europe’s highest-charting single to date.

Irish DJ duo Belters Only also gain their first Top 10 single with Make Me Feel Good featuring Jazzy vaulting four to Number 9, and at Number 10, Australian DJ Luude is another act securing their first-ever UK Top 10 entry with Down Under. The track features vocals from Men At Work’s Colin Hay, who reached Number 1 in the UK with the original version of the song in 1983. It becomes Hay’s second UK Top 10 single.

MORE: Who are Belters Only?

Finally, George Ezra kickstarts 2022 with a bang; his new single Anyone For You, the first taste of his third album The Gold Rush Kid, debuts at Number 32 to become his 8th Top 40 hit.