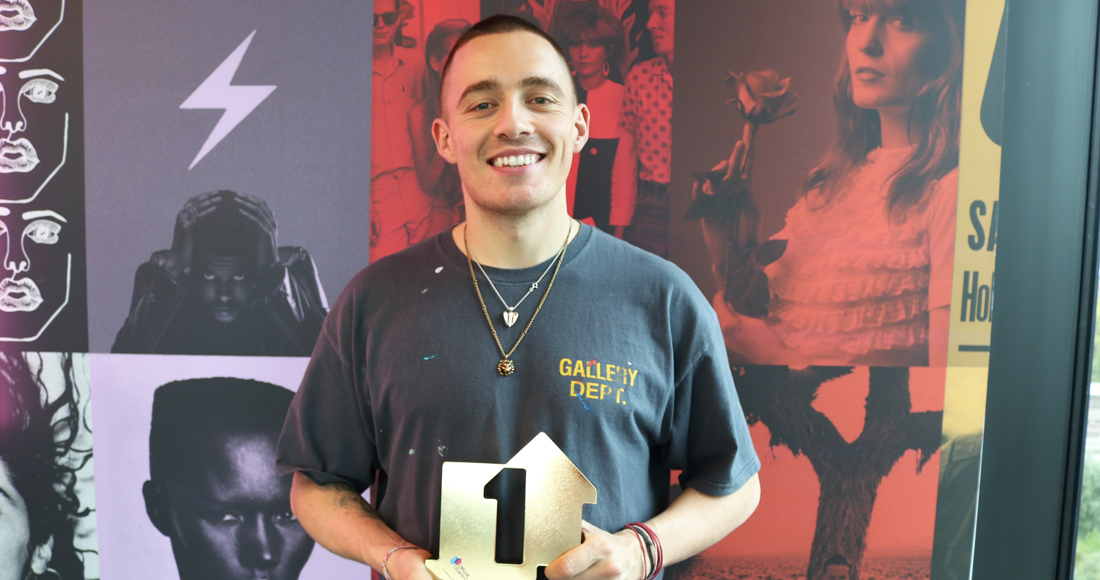 Congratulations to Dermot Kennedy, who lands straight in at Number 1 on this week’s Official UK Albums Chart with his debut album Without Fear.

Celebrating the news, Dermot told us: "I want to say a huge thank you to everyone who has bought my album, listened to my album and just supported me in general. I appreciate it so much."

Dermot knocks last week’s Number 1, The Beatles’ Abbey Road, down to 2, while Ed Sheeran’s No.6 Collaborations Project rebounds from 6 to 3 as the collection’s latest spin-off South of the Border scales the Official Singles Chart.

As well as Dermot, three more new releases enter in this week’s Top 10. US singer-songwriter Summer Walker enters at 7 with her debut record Over It; Simple Minds’ seventh live album Live in the City of Angels opens at 8; and The Darkness claim their fourth Top 10 album with Easter Is Cancelled at 10.

Nick Cave & The Bad Seeds’ 17th studio album Ghosteen lands at 16; OMD’s 40th anniversary boxset Souvenir is new at 18, indie four-piece The Sherlocks open at Number 17 with their second album Under Your Sky; and British rock band The Wildhearts enter at 25 with their new EP Diagnosis.

Further down, singer-songwriter Angel Olsen scores her highest UK charting album yet with All Mirrors at 28, and US band Wilco claim a seventh UK Top 40 record with Ode To Joy at 29.