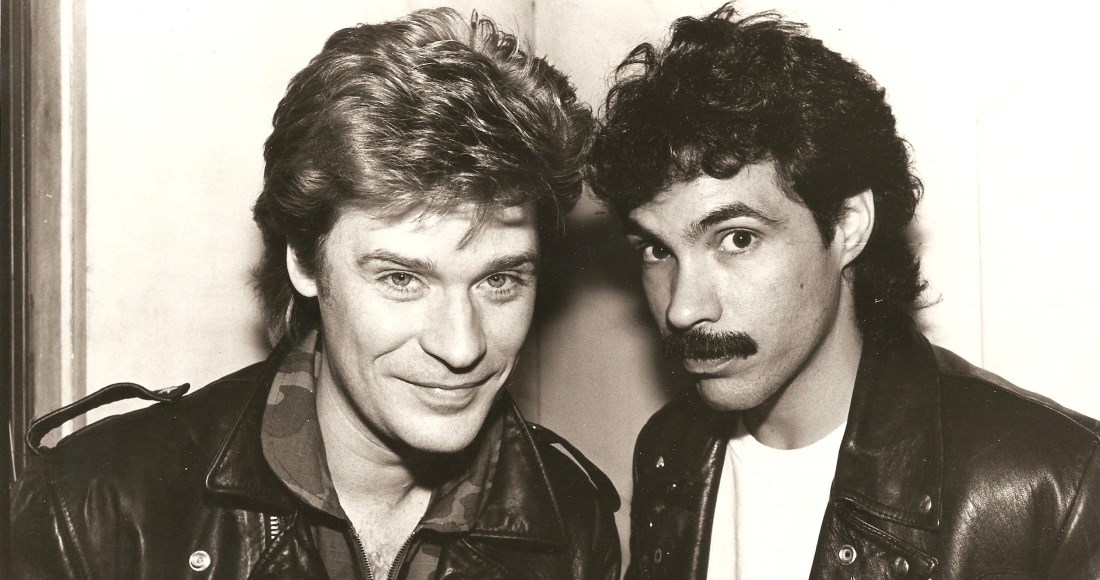 American singer-songwriters Daryl Hall and John Oates - or as they are known by their moniker Hall & Oates - are celebrating a massive career milestone as their classic hit You Make My Dreams reaches 1 billion streams worldwide.

And fittingly, the track hit the milestone on the 40th anniversary of its release, all the way back in 1980, where it was issued as the first single from their ninth album, Voices.

The duo originally formed in their native Philadelphia in 1970, and across a career now spanning five decades, they've amassed massive success with well-known hits such as I Can't Go For That (No Can Do), Out of Touch and Maneater.

Now, chatting to Official Charts, John Oates discusses just why You Make My Dreams is still as popular as ever 40 years on, its inclusion in cult movies such as The Wedding Singer and 500 Days Of Summer, as well as it never being officially released in the UK as a single...

Congratulations on the huge landmark hit by You Make My Dreams. Are you surprised the track continues to resonate so strongly with audiences old and young?

Yes and no... when it was first released, it was a hit but [it] didn't [come] close to the impact that it has today. It's a killer groove combined with a feel-good lyrics that has stood the test of time.

Has your relationship to the song changed over the years? Have you always embraced its success, or have there been moments you’ve wanted to erase it from your catalogue?

Never! It’s always been an important song in our live set.

Why wasn’t You Make My Dreams officially released as a single in the UK? Did it bother you much at the time? Obviously, in the age of downloading and streaming its status as a “single” doesn’t really matter, does it?

Everything today is a single. I never really thought about it not being released in the UK.

You Make My Dreams continues to soundtrack all manner of TV shows, films and adverts. What’s been your favourite?

My favourite was its use in 500 Days Of Summer. The visual dance choreography was a perfect match to the feel of the song.

Finally, what Hall & Oates song do you feel is one of the more underrated in your catalogue?

Our big hits have overshadowed the many interesting and musically adventurous album cuts. I think Alone Too Long, which was used in the TV series Hello Ladies, might be one that could have been bigger.