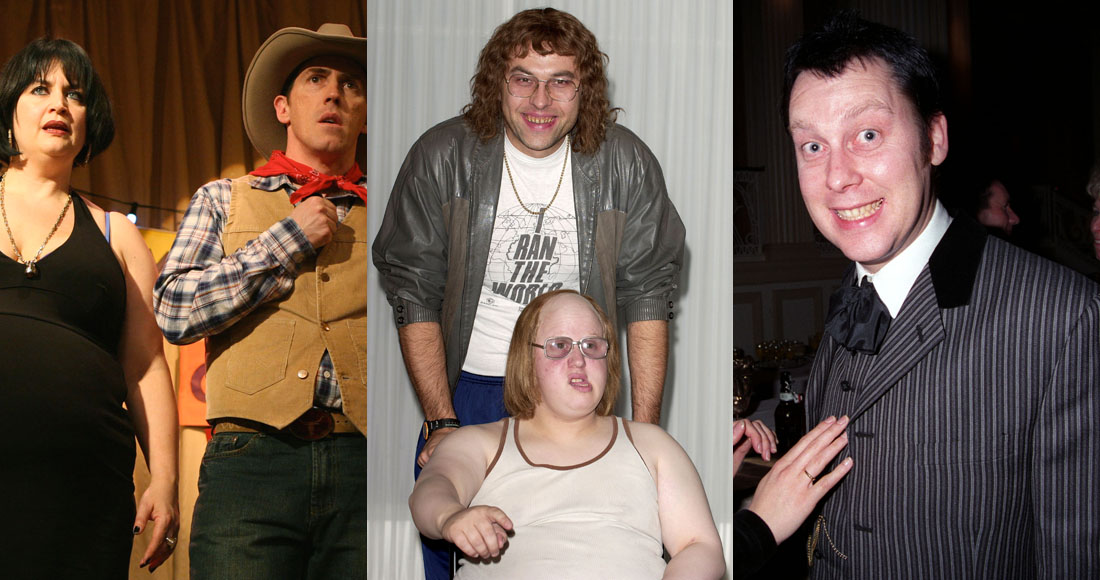 Comedy songs are a rarely-seen phenomenon on the Official Singles Chart, often reserved for charity singles. However, this week's Number 1 sees the comedy single make a long overdue comeback.

The song in question, Freaky Friday by US comedian David Burd a.k.a Lil Dicky, is about him swapping bodies with Chris Brown, who sings the entirety of the song (Lil Dicky is credited as lead songwriter). It's funny, especially when taken in its music video, but its list of big name production credits - including Cashmere Cat, DJ Mustard and Benny Blanco - ensures it skirts (albeit narrowly) the novelty tag.

The last comedian to reach the top of the Official Singles Chart was almost nine years ago, when Peter Kay and his animated All Star Band spent two weeks at the top with their Children In Need single in 2009. Before that, it was Peter Kay again, when he spent a massive seven weeks at Number 1 in 2005 featuring on Tony Christie's (Is The Way To) Amarillo? for Comic Relief.

Also in 2009, comedy actors Ruth Jones and Rob Brydon topped the charts with a cover of Kenny Rogers and Dolly Parton's Islands In The Stream, which also featured Sir Tom Jones and Barry Gibb on backing vocals. Another Comic Relief single (spotting a pattern here?), a re-release of The Proclaimers' (I'm Gonna Be) 500 Miles featuring comedians David Walliams and Matt Lucas as their Little Britain characters Brian Potter and Andy Pipkin. Again for Comic Relief, the cast of BBC comedy series The Kumars at No. 42 scored a Number 1 single featuring on Gareth Gates' Comic Relief single Spirit In The Sky in 2003 - the third time the song has reached the top spot.

For the next comedian chart-topping song that wasn't a charity single you have go back to 1996, when David Baddiel and Frank Skinner teamed up with the Lightning Seeds on Euro '96 football anthem Three Lions, which topped the charts that summer again with a reworked re-release during the 1998 World Cup. In his book When We Were Lions, Paul Rees describes the everyman anthem as "trite and twee, but ingratiating too".

In the early '90s, British comedy legend Vic Reeves scored at Number 1 in 1991 with Dizzy, a punk-rock cover of Tommy Roe's chart-topper in collaboration with The Wonder Stuff. In the  same year, comic duo Hale and Pace reached the summit with The Stonk in aid of Comic Relief.

Finally, the late Ken Dodd spent an impressive five weeks at the top with Tears in 1965. The track shifted 1.52 million copies and went on to become the biggest selling single of that year. Look back at Ken Dodd's complete Official Chart history, including 18 Top 40 singles, here.

Look back through every Number 1 on the Official Singles Chart ever here.