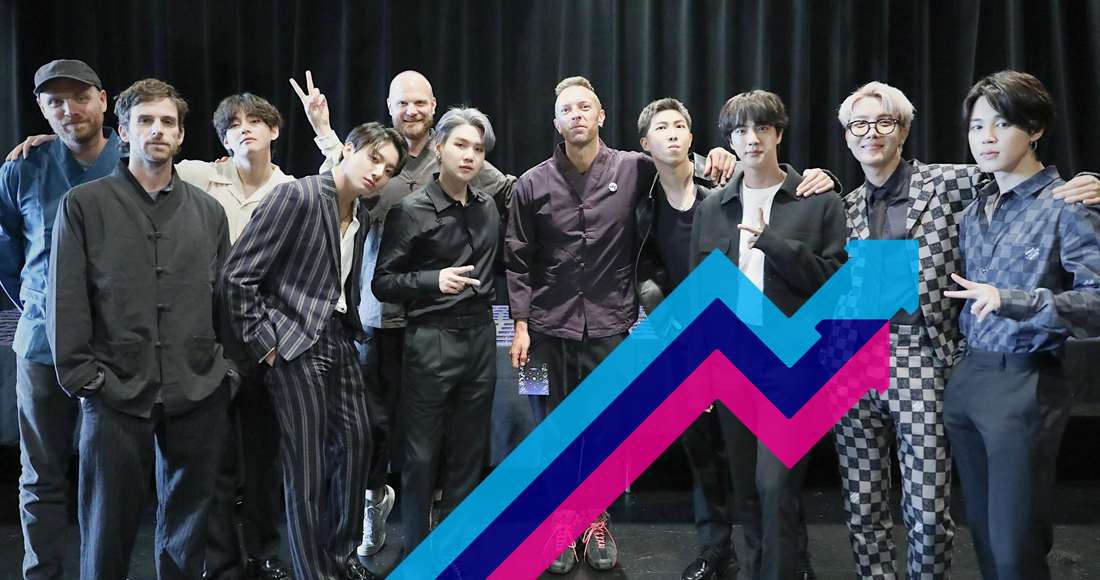 Coldplay and BTS’ new collaboration My Universe lands at Number 1 on the UK's Official Trending Chart as it heads towards a Top 5 debut.

The English and Korean song, which serves as the second official single from Coldplay’s upcoming album Music Of The Spheres, is off to an impressive start after scoring the highest sales of the week so far across both digital download and CD, currently at Number 3 in the latest Official Chart Update.

If My Universe holds on to its midweek placing, it will match BTS’ previous UK chart peak, which the group reached with Dynamite (2020) and Butter (2021), while it will be Coldplay’s first Top 5 single since 2017’s Chainsmokers collab Something Just Like This which peaked at Number 2.

Meanwhile, Oliver Tree is heading for his first UK Top 40 single with viral hit Life Goes On, the opener from recent deluxe edition of his 2020 album Ugly Is Beautiful, while Little Mix’s Love (Sweet Love) rebounds back into the Official Trending Chart as the song continues to grow on streaming platforms.

Finally, several new releases are making an instant impact in the UK, including Aitch’s new single Party Round My Place featuring Avelino and Toddla T. Also making waves is Mostack with Frankenstein from his new EP High Street Kid 2, and Goodbye by Nathan Dawe and rising producer/DJ T. Matthias.