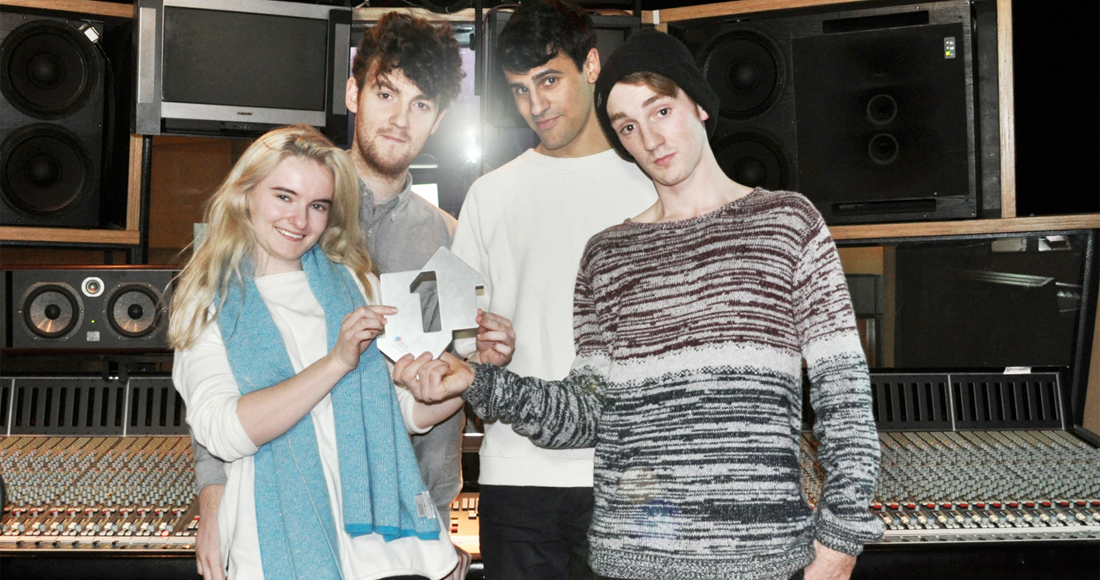 Clean Bandit go straight in at Number 1 on the Official Singles Chart with the fastest selling track of the year so far!

Congratulations to Clean Bandit who have gone straight in at Number 1 on the Official Singles Chart today with Rather Be FT Jess Glynne.

The quartet – brothers Jack and Luke Patterson, Grace Chatto and Neil Amin-Smith – have knocked Pharrell Williams’ Happy off the summit to score their first ever chart-topping single, and it’s a big one!

“I can’t believe we’re Number 1!”  Grace tells OfficialCharts.com. “Thank you so much to everyone who bought Rather Be.”

While the first month of the year is traditionally a quiet time for singles sales in the UK, January 2014 has been a bumper one for chart toppers, with each Number 1 having sold in excess of 106,000 and this week’s chart topper has gone one better.

According to Official Charts Company sales data, a massive 163,000 copies of Rather Be have been purchased over the last seven days.

#ChartFact: Rather Be has not only become the fastest-selling single of the year so far, Clean Bandit have also achieved the biggest weekly sale for a January Number 1 since Babylon Zoo’s Spaceman, which sold a staggering 383,000 during its biggest week back in January 1996.

Clean Bandit, who have become known for their fusion of classical arrangements with house beats, made their Official Singles Chart debut last April with the infectious Mozart’s House which peaked at Number 17. The quartet came together in 2009 while Jack, Grace and Neil were studying at the University of Cambridge.

“We came together at university when Jack got quite involved in the classical music that Neil and I were performing,” explains Grace. “He started writing beats and basslines alongside snippets of classical recordings he’d made of our quartet.

“We really wanted to play live together, so we booked a club night. It was only about two weeks away from when we had the initial idea, so we spent those two weeks madly putting together about 10 songs. We then performed live and knew that we wanted to do it again and again.”

Pharrell‘s Happy slides into second place today, while pop rockers The Vamps score their second Top 5 single with Wild Heart. The follow-up to last year’s Can We Dance is new in at Number 3. This week’s Top 5 is completed by girl group Neon Jungle’s Braveheart (Number 4) and Pitbull and Ke$ha’s Timber (down three places to Number 5).

In addition to Clean Bandit’s Rather Be (Number 1), The Vamps’ Wild Heart (3) and Neon Jungle’s Braveheart (4), there are three other tracks which make their Official Singles Chart Top 40 debuts today.

Macklemore and Ryan Lewis’ White Walls has climbed 26 places to Number 27. The track, which features US rapper Schoolboy Q, is the fourth Top 40 single to be lifted from their latest album, The Heist.

Meanwhile, OneRepublic surge 33 places to 32 with If I Lose Myself, and Miley Cyrus climbs 15 to 33 with her new single, Adore You.