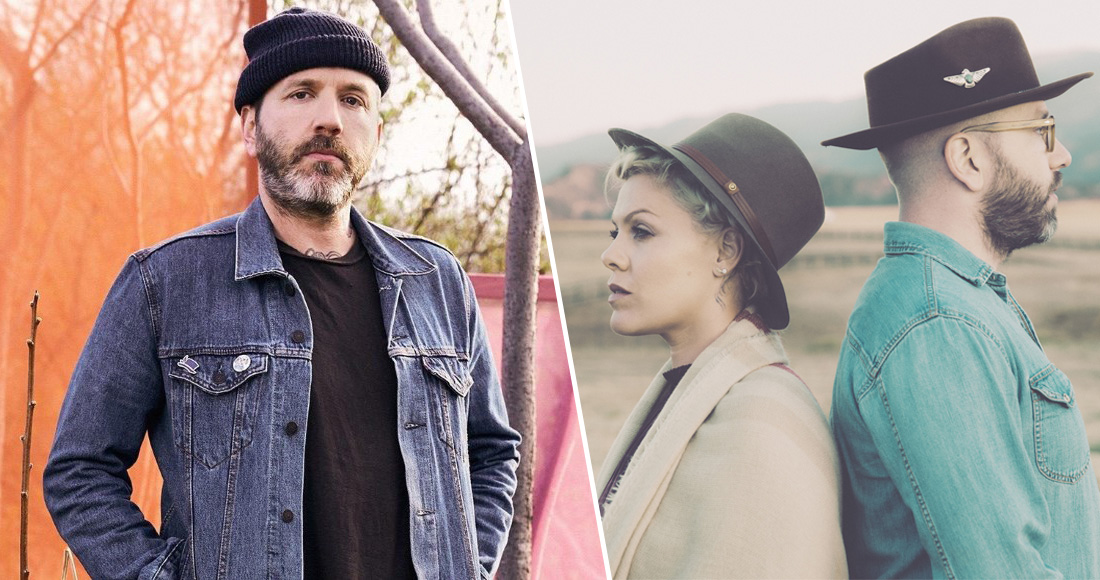 City and Colour is as versatile an artist as you can get.

Real name Dallas Green, the 'genreless' singer-songwriter is essentially the music scene's equivalent of a Swiss army knife. He came to notoriety as part of the hardcore Alexisonfire before transitioning to life as the acoustic-folk moniker he performs under today. He's on quite the roll too; the last three City and Colour albums have reached Number 1 in his native Canada.

You may also know Dallas as one half of folk duo You+Me alongside Alecia Moore aka P!nk, who released the lush and emotionally expansive UK Top 10 album Rose Ave. in 2014. When it comes to music, there's seemingly no style he can't turn his hand to, a quality he showcases on his new album A Pill For Loneliness.

City and Colour's sixth studio album addresses the difficulties of living on the road, focusing on the struggle between missing his family but knowing that performing is the reason why he was put on this earth.

"I was watching the news and they said scientists are trying to make a pill for loneliness and they believe it's a worse epidemic than obesity," Dallas told us when we rang him up for a chat. "How strange is it that we live in this world in 2019 where everyone talks about how connected we are because of the internet but we're also living in the loneliest period in the history of the human salvation. That's very sad.

"Music has always been my pill for loneliness, whether that's singing it, writing it or playing it. My single Living in Lightning is the perfect description for spending my life living on the road and never really having a place to call home. But this is what I do. It's what I feel like I'm supposed to do and I'm not gonna stop."

Dallas' new album continues his affinity for making music with truly relatable lyrics; and he's proud to lend a metaphorical hand to his fans connecting with his music.

"I use music first and foremost to get out of my own head and as my own personal therapy session," he explained. "I want to do it in a way that someone can take what they need from it. I remember these moments when I was younger when you hear a song and the person is singing what is on your mind. You feel less alone.

"There's a real difference between loneliness and being alone. There are those moments as a human being were you just feel lost. That you're the only person going through this. And then you hear a song where the person sounds like they're speaking to you and you go 'well f**k, they get it!'. For me, that's always been something I strive towards."

Themes of relationships, destiny, family and, again, loneliness feature on rose ave., Dallas' collaborative album with P!nk. Given the overwhelming positive response to the record, are there plans for the pair record together again?

"Working with her was just the greatest time of my life," Dallas said. "When we met, we immediately realised we were brother and sister. Working with her makes me feel like I'm not making a record. She takes away all of the pressure I put on myself.

"Like when I'm up on stage with her... she was here in Toronto a few weeks ago and I got to sing with her, it doesn't feel like I'm singing. I look at her and I'm singing for her and she's singing to me and it's life a safety net. It's a weird feeling I don't know how to describe fully - it's like I don't have to worry.

"But we have been talking about making another one. Hopefully."

City and Colour's new album A Pill For Loneliness is out on October 4.