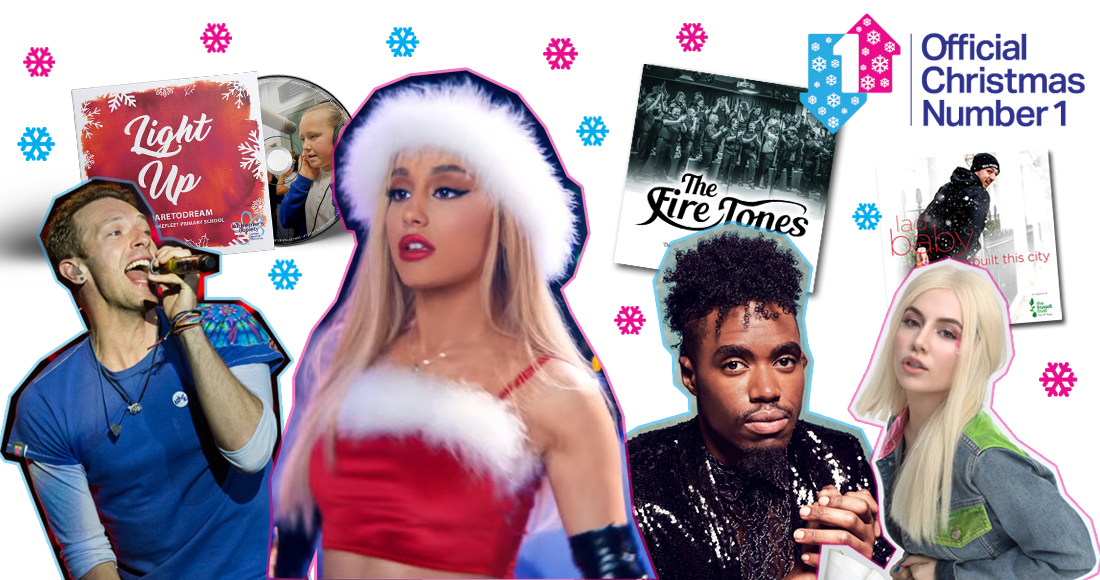 There’s three weeks to go until the Official Christmas Number 1 single is revealed: the winner of the biggest chart race of the year will be announced on Friday, December 21.

The Christmas Number 1 is a British tradition that stretches back 65 years and has been claimed by the likes of The Beatles, Spice Girls, Queen and Band Aid. Among the 65 chart-toppers, 12 are genuine Christmas songs, eight are by TV talent show winners, three are by choirs and two are novelty singles. Look back at every Christmas Number 1 single here.

Last year saw Ed Sheeran claim the festive chart crown with his wintry ballad Perfect, which he’d re-worked with Beyonce and Andrea Bocelli to add a sprinkle of extra festiveness. He told us at the time: “This is an actual dream come true and I’m very proud and happy. Thank you very much for making Perfect Christmas Number 1.” 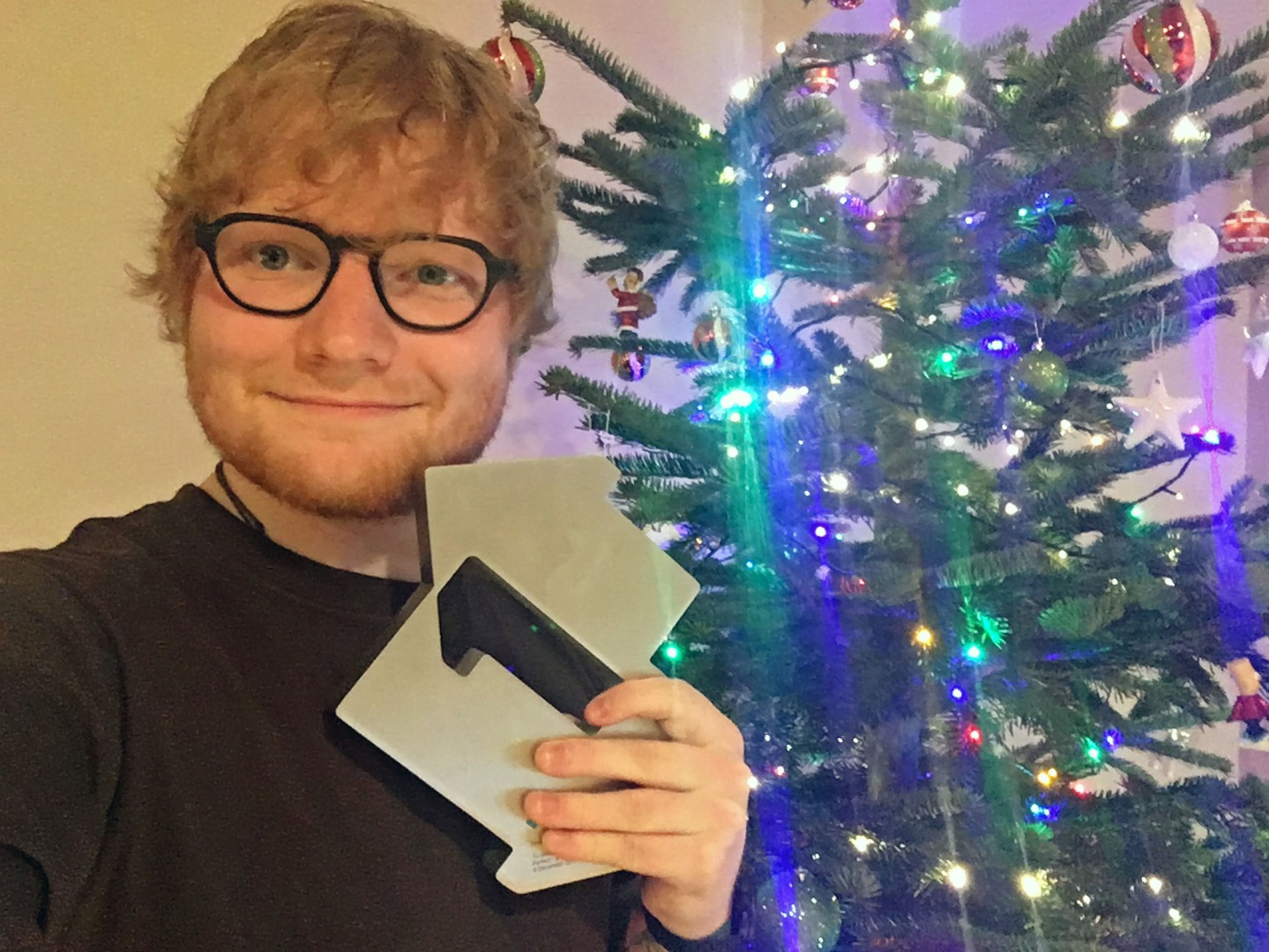 Radio 1's Official Chart host Scott Mills, who will be counting down the Christmas Top 40 on December 21, said: "I cannot believe I get to announce the Christmas Number 1! I’m so excited for this show. I’ve announced it once before, but now I’m the chart show's official host it means so much more!"

Ariana Grande – thank u, next / imagine

Ariana’s tribute to her exes has been a runaway hit after its surprise release in November, debuting at Number 1 on the Official Singles Chart. It’s still ahead of the competition, but can it hold on to the top spot unchallenged all the way until Christmas?

She could be facing competition from herself (the best kind), following the release of new track imagine on December 14.

Could a rising star score this year’s Christmas Number 1? US singer Ava Max has landed her breakthrough hit with Sweet But Psycho, which is set to enter the Top 10 this week and has some serious momentum behind it – the song has already gone to Number 1 in Sweden, Finland and Norway. Find out more about her here.

Other songs already out that are climbing the Official Singles Chart:

A real community effort, Flakefleet Primary School in Lancashire are releasing an original single, Light Up, in aid of Alzheimers Society. Written and performed by staff and students of the school, Light Up is gaining traction following the release of the accompanying music video. The song is available for pre-order now ahead of its release on December 14. Watch the video and follow the campaign on their Facebook page.

The Fire Tones – Do They Know It’s Christmas?

A promising charity single with its eye on the top spot. A group of singing fire service personnel have covered Band Aid’s Do They Know It’s Christmas in support of The Fire Fighters Charity and the Band Aid Charity Trust. The CD single is released on November 30 and can be pre-ordered now. Listen to a preview of it here.

Welshpool fire fighter Chris Birdsell-Jones, who came up with the idea, said: “I feel proud and honoured to have been involved with such a fantastic project, however much money we manage to raise. I’m over the moon to have worked with such a talented group of people. But the hard work starts now!”

Lad Baby - We Built This City 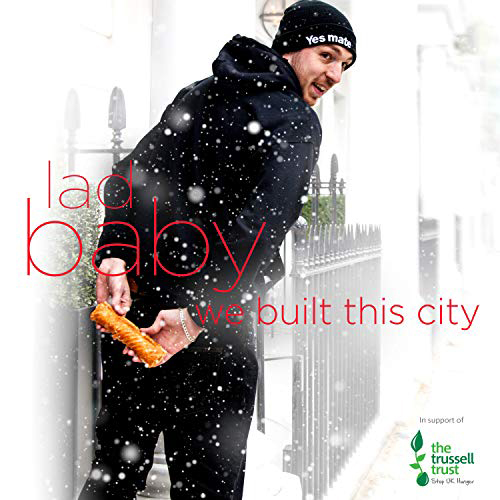 'Dad blogger' Mark Hoyle, better known as Lad Baby, has come up with a late challenge for the Christmas top spot. We Built This City, which comes with this strangely familiar artwork above, will be released on December 14 (available to pre-order now), with proceeds going to foodbank charity The Trussell Trust. Before you write this one off, back in the summer Hoyle was crowned celebrity dad of the year, beating Prince Williams and Liam Payne.

Buzzcocks - Ever Fallen In Love

Following the sad passing of punk icon Pete Shelley on December 6, one fan has started a campaign to get Buzzcocks' Ever Fallen In Love (With Someone You Shouldn't) to Number 1  - the momentum is starting to build, with the band themselves sharing the campaign online. The single peaked at Number 12 back in 1978, but this push could take it all the way to the top. Read more about the drive here.

The Celebs - Rock With Rudolph

Fellow I'm A Celeb contestant and The Chase Governess Anne Hegerty has teamed up with a cast of TV stars including Gail Porter, Tracy Beaker's Dani Harmer and Lionel Blair in a bid for the Christmas top spot with new song Rock With Rudolph. The idea for the song came from Strictly/Eastenders star Kara Tointon, and all proceeds go to the Great Ormond Street Hospital.

The foxy kid's TV star is releasing his own version of Bing Crosby's White Christmas, with proceeds going towards Children's hospice charity Shooting Star Chase. Former Radio One DJ Mike Read came up with the idea for the single after meeting Basil Brush through panto, suggesting the charity as it's one he works with regularly.

Other Christmas songs new for 2018:

Claire Richards – My Heart Is Heading Home (This Christmas)

Tyler, The Creator ft. Fletcher Jones – I Am The Grinch

Who would you like to see claim the 2018 Official Christmas Number 1? Leave your comments below.