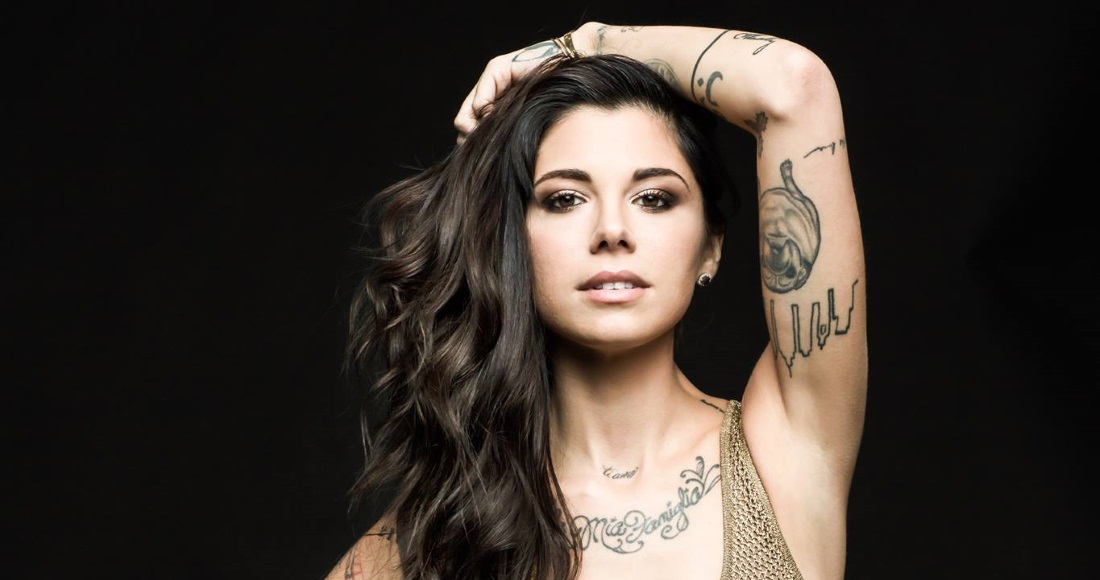 It may be Valentines Day, but that hasn't stopped one heck of an emotional breakup song - Christina Perri's Jar Of Hearts - from reaching a huge sales milestone in the UK.

The US singer-songwriter's debut single has hit the one million sales mark in the UK almost five years after its release, OfficialCharts.com can reveal.

Jar Of Hearts - written by Perri about a difficult ending of a relationship - joins an elite club of just 164 songs that have sold over one million (not including streams) in UK chart history.

The track was a slow burner on the Official Singles Chart, initially entering the Top 100 at Number 90 in June 2011. Two months later, Jar Of Hearts entered the Top 40 at 17 and hit its peak of Number 4 two weeks later (click here to see the chart from that week).

Click on the image below to see the song's full, week-by-week chart run: 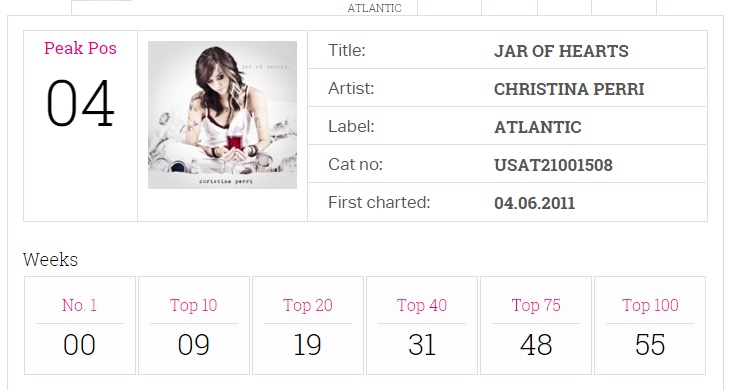 Notably, Jar Of Hearts is one of the few million-selling songs that failed to hit the top spot. Only three tracks that have hit the milestone have peaked lower: Snow Patrol's Chasing Cars (6), Journey's Don't Stop Believin' (6) and Bing Crosby's White Christmas (5). Robbie Williams' Angels is the only other million seller to also peak at Number 4, which it did in 1998.

Congratulations, Christina! Now, let's all have a singalong (and mini cry):