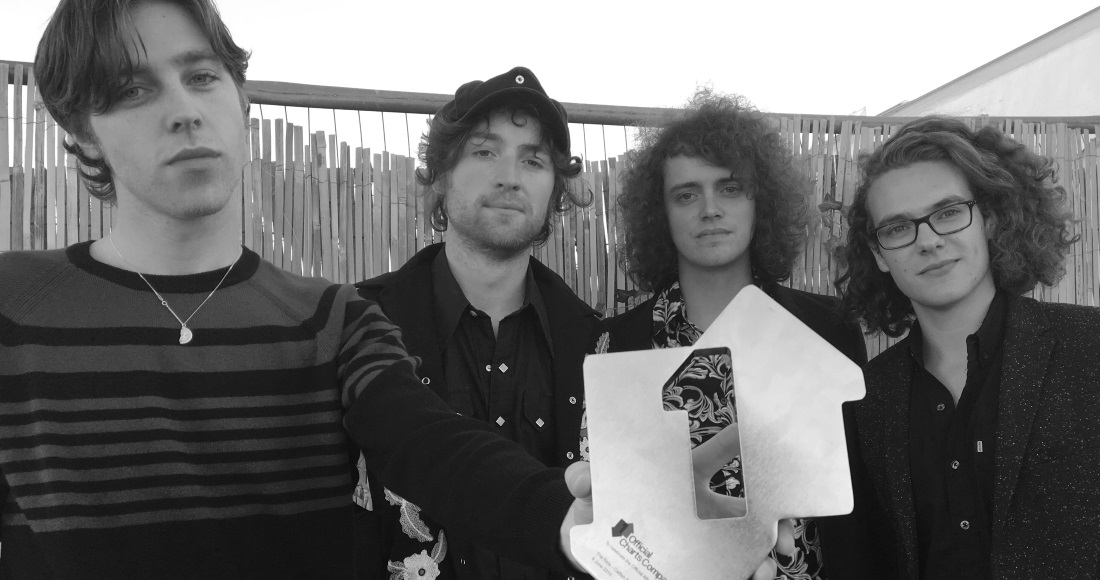 It has been quite The Ride for Catfish and the Bottlemen since their BRIT Award win, and they have now reached their next destination - Number 1.

The group told OfficialCharts.com: "It's class to be number 1 with the new album! We're made up with that. Thank you!"

Hitting the top spot is just another reason why 2016 has been the band's biggest year yet. They beat James Bay, Wolf Alice, Years & Years and Jess Glynne to Best British Newcomer at the 2016 BRIT Awards and will embark on a seven-date UK tour in November.

Sticking with the Number 2 spot is Drake's Views (also the most streamed collection of the week), and Beyoncé climbs one place to 3 with Lemonade. Coldplay's A Head Full of Dreams jolts four places in anticipation for their Wembley Arena dates later this month (4), and ABC are a new entry at 5 with The Lexicon of Love II, their first Top 10 in 26 years.

MORE: Fifth Harmony’s Dinah talks Work From Home and the group’s new album 7/27: “We feel like we’ve been reborn”

A new entry at 6 this week are Fifth Harmony with their second record 7/27. It is the X Factor USA alumni's first Top 10 album after their debut offering Reflection peaked at Number 18.

Three albums make huge leaps within the Top 20, the first of which is from Jess Glynne - I Cry When I Laugh rebounds seven places to Number 7. Little Mix's Get Weird is also up seven spots (9) and Sia's This Is Acting bounces six placings to 13.

Architects are new at 15 with fourth studio album All Our Gods Have Abandonded Us - their highest charting effort yet - while Twenty One Pilots are up ten to 16 with Blurryface. Years & Years are another climber of five places with Communion (19), as are Lukas Graham with their self-titled debut, on the up by nine places to Number 21.

Flume's sophomore collection Skin is his first UK Top 40 entry at 25 and Panic at the Disco! rise 29 places 32 with Death of a Bachelor. Finally, Beth Orton's new album Kidsticks just makes it into the Top 40, a new entry at 40.