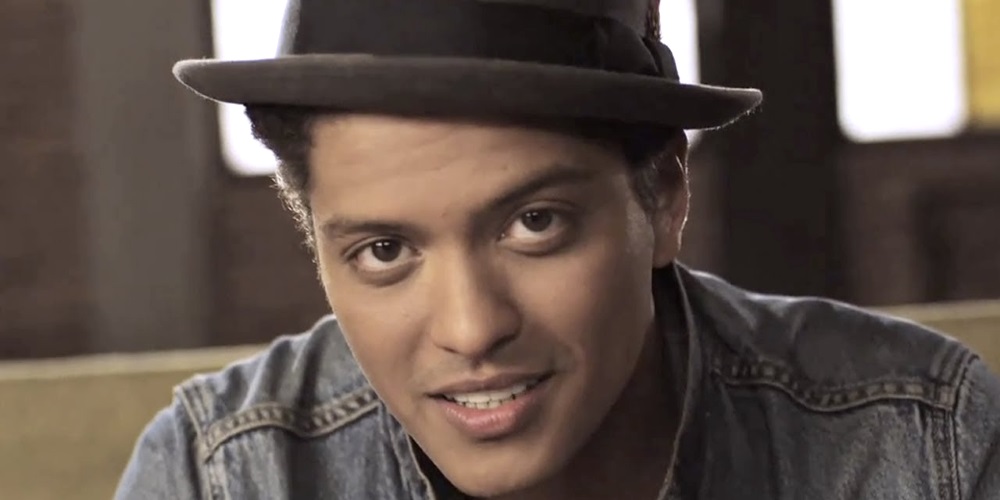 Bruno Mars and Little Mix are currently battling it out in the race to Number 1 on Sunday’s Official Singles Chart.

According to today’s Official Chart Update, the US singer / songwriter’s new single, Locked Out Of Heaven leads the race at this midway stage, outselling former X Factor winners Little Mix’s DNA (Number 2) by just over 3,000 copies.

Locked Out Of Heaven is taken from Mars’ upcoming second album, Unorthodox Jukebox, which is set to be released next month. His debut full-length, Doo-Wops & Hooligans, was the third biggest selling album of 2011 and spawned no less than three Number 1s.

Little Mix, who are gearing up for the release of their debut album next week, scored their first chart topping single in December of last year with their cover of Damien Rice’s Cannonball. They hit Number 1 again back in September with the first of their original material, Wings. Can they make it three for three?

Fellow X Factor stars One Direction are new in at Number 3 with the Ed Sheeran-penned Little Things. The track is the second single to be lifted from 1D’s second album, Take Me Home, which looks set to top the Official Albums Chart on Sunday. Former chart topper Labrinth’s Beneath Your Beautiful FT Emeli Sande is down two places to Number 4, while Gabrielle Aplin’s cover of Frankie Goes To Hollywood’s 1984 classic, The Power Of Love, shoots up 31 places to Number 5 after being featured in the new John Lewis Christmas TV ad campaign.

In addition to Bruno Mars (1), Little Mix (2) and One Direction (3), there are four other new entries in this week’s Official Singles Chart Update.

McFly are on course for their 20th Top 40 hit this Sunday with new single, Love Is Easy (7), written and produced by the band, while London girl group Stooshe debut at Number 14 on the Update with their cover of TLC’s 1995 smash, Waterfalls. This week’s new entries are completed by Lana Del Rey’s Ride (27) and Example’s Close Enemies (31).

Ed Sheeran takes the title of this week’s highest climber: his track Give Me Love has climbed a massive 120 places to Number 19 after performing on last weekend’s X Factor. Christina Perri’s A Thousand Years, which was danced to by Girls Aloud star Kimberly Walsh on last weekend’s Strictly Come Dancing, and features on both the Twilight Breaking Dawn Part 1 and Part 2 soundtracks, is up 51 places to Number 24.