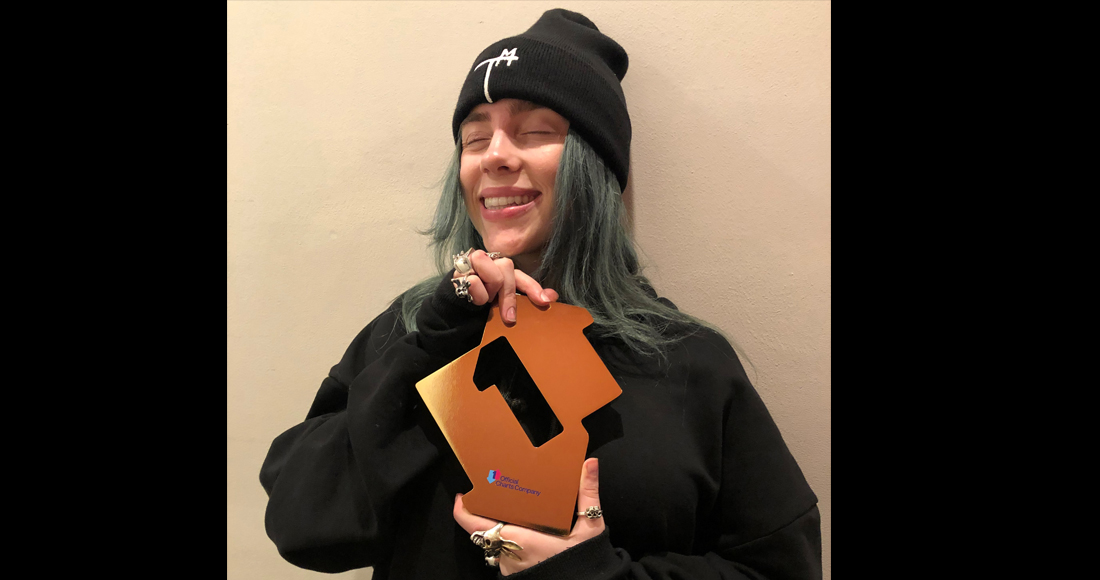 Congratulations to Billie Eilish, who scores a record-breaking Number 1 on this week's Official Albums Chart with WHEN WE ALL FALL ASLEEP, WHERE DO WE GO?.

The US singer-songwriter's debut album lands straight in at the top with 48,000 combined sales. At 17 years old, Billie becomes the youngest female artist in UK chart history to score a Number 1 album.

Celebrating the news, Billie told Official Charts:"I appreciate you making WHEN WE ALL FALL ASLEEP, WHERE DO WE GO? the #1 album in the UK so much. We worked really hard on this album. Thank you for the love!!"

Billie’s album is also the biggest debut album from an international artist to top the Official Chart since Lana Del Rey’s Born To Die in January 2012.

The Top 5 youngest female artists to score a Number 1 on the Official Albums Chart are:

Meanwhile, The Greatest Showman rebounds from 3 to 2, Tom Walker's What A Time To Be Alive lifts from 4 to 3, and Queen's Bohemian Rhapsody hops a place to 5 for a 15th non-consecutive week in the Top 5.

Further down, Scottish singer-songwriter Gerry Cinnamon zooms 52 places to Number 20 with Erratic Cinematic, making his Top 40 debut following a sold-out UK tour. Heavy metal artist Devin Townsend enters at Number 23 album with Empath, and Pink's Greatest Hits... So Far! returns to the Top 40 at Number 29 in the build up to her forthcoming album Hurts 2B Human.