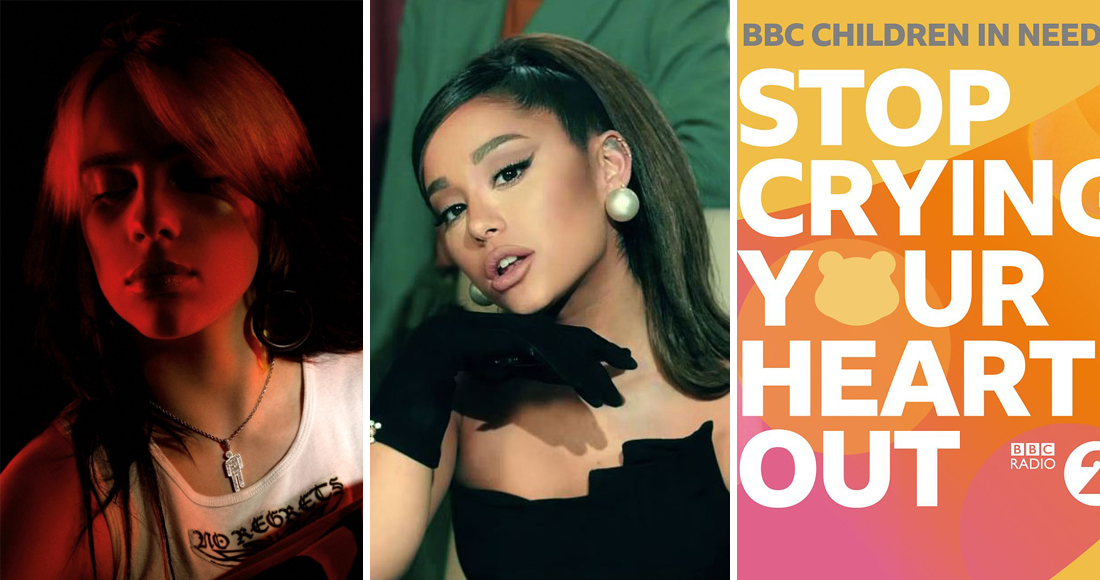 The Children in Need single's race for Number 1 looks to be going right down to the wire as Ariana Grande and Billie Eilish are forecast to overtake the BBC Radio 2 Allstars, OfficialCharts.com can reveal.

Downloads of Stop Crying Your Heart Out have slowed down, allowing last week's chart-topper, Ariana Grande's Positions, to quickly catch up as the track continues to prove a powerhouse on streaming services.

Billie Eilish's new single Therefore I Am is also in the running for this week's top spot - just 1,200 chart sales separate the Top 3 in today's sales flash (Nov. 17).

Downloads of Stop Crying Your Heart Out would need to accelerate significantly throughout the week if it is to be in with a chance of securing Number 1 on the Official Singles Chart. If it does, it would be the first Children in Need single to reach the summit in six years.

If Ariana returns to the top, it would mark Positions’ fourth week at the helm in the UK, however, should Billie Eilish emerge victorious, Therefore I Am would become her second UK Number 1 single following the chart-topping success of her Bond theme No Time To Die back in February of this year.