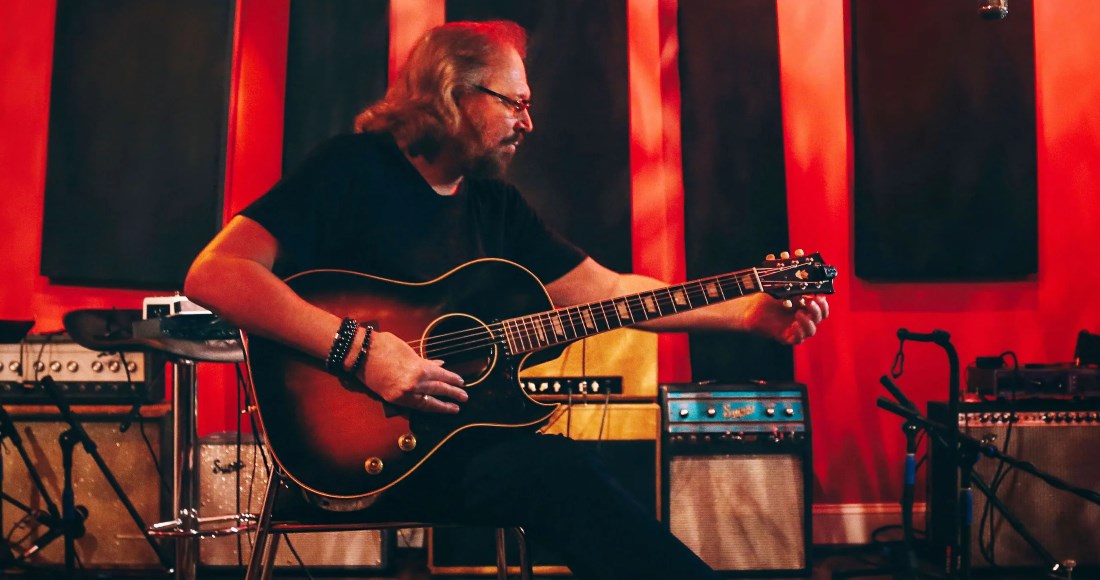 Barry Gibb is on track for his very first UK Number 1 as a solo artist with Greenfields: The Gibb Brothers' Songbook (Vol. 1).

The Bee Gees legend leads this week’s Official Albums Chart Update with the collection of country reinterpretations of he and his brothers’ classic hits, all of which are collaborations with some of the genre’s biggest names such as Dolly Parton, Keith Urban, Olivia Newton-John and Brandi Carlile.

Barry’s highest-charting album as a solo artist was 2016’s In The Now, which topped out at Number 2 on the Official Albums Chart. As part of Bee Gees, he claimed 5 UK Number 1 singles and 16 UK Top 10 albums – see where all of Bee Gees’ hit singles and albums charted in the UK.

In at Number 2 midweek is Brightonian singer-songwriter Passenger with his 13th studio album Songs for the Drunk and Broken Hearted, on course to become his sixth UK Top 10 entry. Real name Michael Rosenberg, Passenger’s highest-charting album is 2016’s Young As The Morning Old As The Sea which reached Number 1.

Following what would have marked his 74th birthday and also the fifth anniversary of his passing David Bowie’s greatest hits Legacy rockets 21 places to Number 10, with fans revisiting his iconic hits.

Swedish post-punk group Viagra Boys are heading for a first UK Top 40 album with their second studio album Welfare Jazz at 25. Tune in to this week’s The Record Club in association with Bowers & Wilkins – Wednesday 13 July, 6.30pm, for our Facebook Live Q&A with Viagra Boys to hear all about the making of the album.

Finally following his performance on The Graham Norton Show, Yungblud’s Number 1 album Weird! could return to the Top 40 and is currently at Number 39.