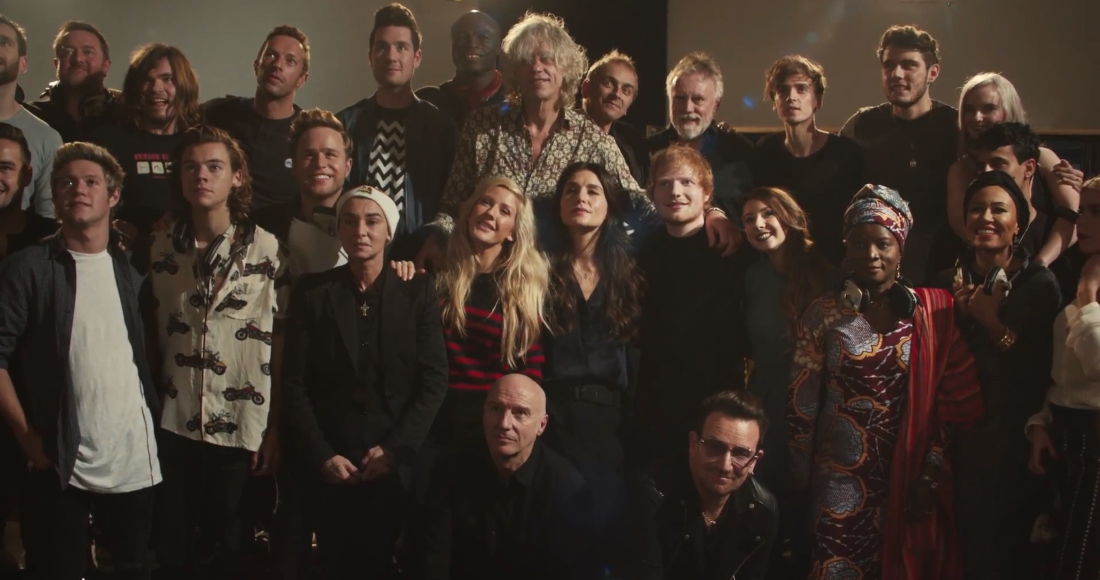 Band Aid 30’s Do They Know It’s Christmas? - which features Ed Sheeran, Ellie Goulding, One Direction, Rita Ora and Bastille to name a few – has shifted over 252,000 copies so far this week, widening its lead in the race to Number 1.

The Bob Geldof led charity single was yesterday announced as the fastest-selling single of the year so far, after less than 24 hours on sale!

Band Aid and Band Aid 20 have also both re-entered the Official Singles Chart Top 75 today, at Numbers 49 and 61, respectively.

In at Number 2 midweek is Clean Bandit with Real Love FT Jess Glynne. The track is the second collaboration between the two acts, following Official Singles Chart Number 1, and million-seller, Rather Be.

Olly Murs is at 3 with Wrapped Up FT Travie McCoy, the lead single from Olly’s upcoming fourth studio album, Never Been Better.

Aussie boys 5 Seconds Of Summer’s Good Girls (14) re-enters the Top 40 today following its official release this week, as Noel Gallagher’s High Flying Birds are new at 17, with In The Heat Of The Moment.