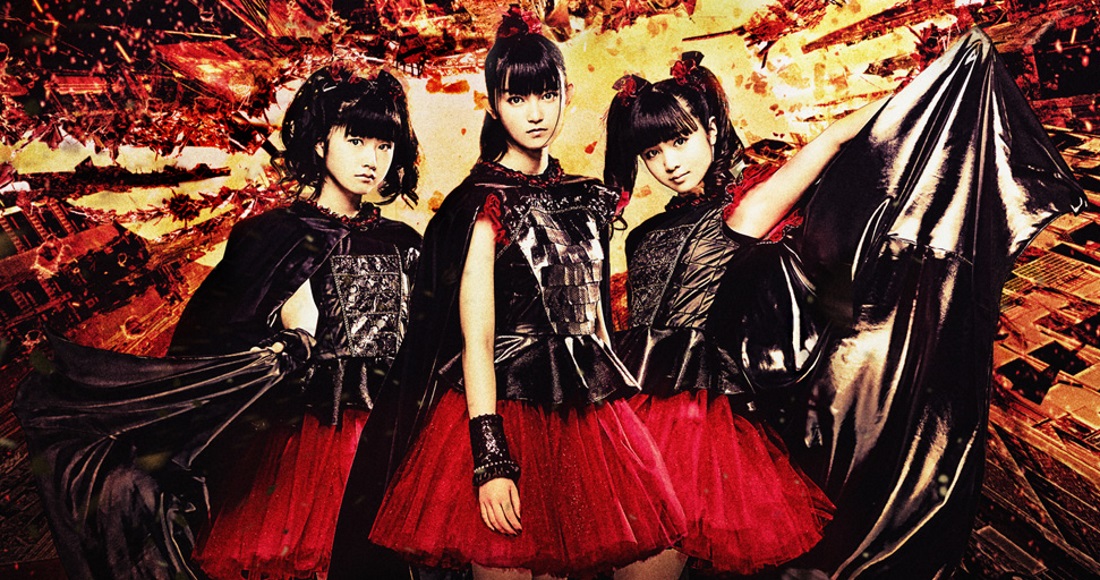 It’s been a big week for Japanese group Babymetal. After becoming the first act from the country to headline a massive show at London’s Wembley Arena last weekend (April 2), the rock trio have now set a new record on this week’s Official Albums Chart.

Babymetal comprise of 18 year old Suzuka Nakamoto and 16 year olds Yui Mizuno and Moa Kikuchi - aka Su-metal, Yuimetal and Moametal - and the majority of their music is sung in Japanese. Metal Resistance is the band's second album, following their 2014 self-titled debut, which failed to chart in the UK but peaked at Number 2 in their homeland.

In its near 60-year history, entries from Japanese acts on the albums chart are far and few between. The last was 41 years ago, when Electronic producer Tomita reached Number 17 with Snowflakes Are Dancing in 1975.

Elsewhere, Yoko Ono, who scored a Number 3 hit with John Lennon in 1984 with their Milk And Honey – A Heart Play album, while Ryuichi Sakamoto reached Number 36 with the Merry Christmas Mr Lawrence soundtrack in 1983. Also, one-third of Deee-Lite, DJ Towa Tei, reached Number 14 in 1990 with Deee-lite’s debut album World Clique.

It’s a similar story on the Official Singles Chart. Aside from Towa Tei’s contribution to Deee-lite’s two Top 40 hits in 1990, singer and actor Kyu Sakamoto reached Number 6 with Sukiyaki way back in 1963, and musician Ryuichi Sakamoto’s collaboration with David Slyvian called Forbidden Colours reached Number 16 in 1983.

Babymetal's chart feat isn't the only record the band have set this week. Following their Wembley Arena gig last weekend, they broke the record for the highest sales of merchandise for a one-day event in the history of the venue.