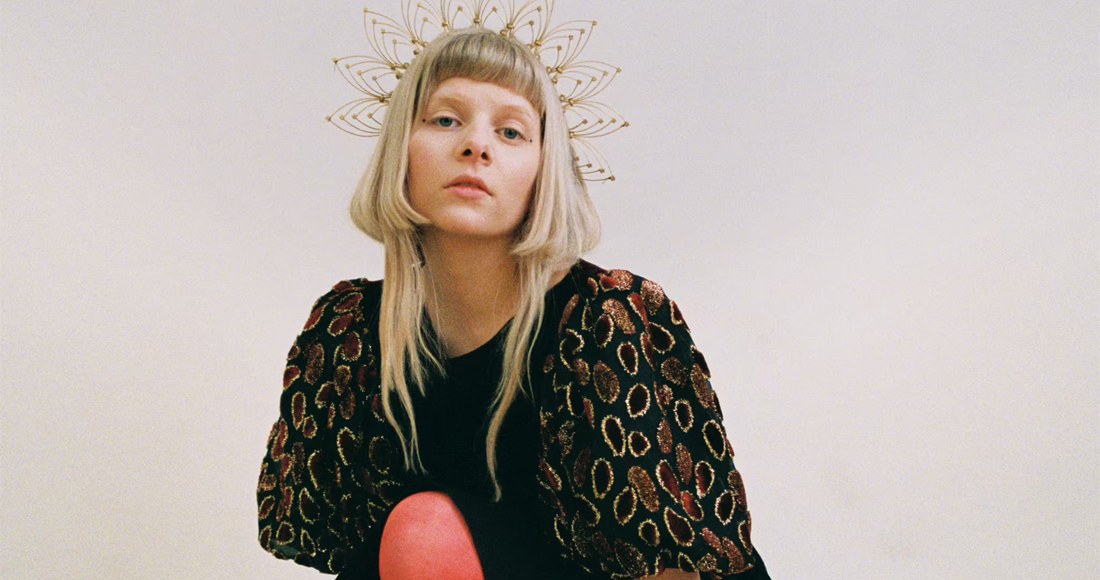 Over the course of three albums, enigmatic Norwegian pop star Aurora has confounded and mystified expectations.

With an innate sense of theatricality and a kind of innate strangeness that is very hard to define, Aurora burst on to the scene with her 2015 sleeper hit Runaway - which experienced an unexpected surge in popularity last year, charting in the UK for the first time.

With her latest record, The Gods We Can Touch, Aurora creates an ethereal, electropop record about the relationship between the human and divine. It sounds like a trip in to the past, an excavation of a series of beliefs that we left behind a long time ago.

We jumped on Zoom with Aurora to discuss the making of the record, which is currently set to become her first-ever UK Top 10 album...

Congratulations - The Gods We Can Touch is officially out into the world. How do you feel?

I'm feeling relieved! And very free. Like I've just become free again after giving birth and I can drink wine again! [The album] feels like a child, it deserves to have the love of the world instead of just me. It's a very nice experience.

The album has such an evocative title - and you've spoken about its connections to ancient myths and mythos like the Greeks. What made you want to tell this kind of story?

The key words [for the this project] are the divine and the human. For me, they're the same and I don't know why we've made them different things. I've been reading up lots on ancient religions and how [the way we worshipped] changed. We used to worship the Earth, and music was a way of connecting us to something divine. I love Greek mythology because [they didn't] put shame on being a woman, or being gay, or being trans or sexual and curious. I'm fascinated by how much we've lost over time, and how much shame we put into beautiful things. Music is a reminder of the thing's we've forgotten.

The Gods We Can Touch is currently tracking to become your first-ever UK Top 10 album. Congratulations! Why do you think this work is resonating so much right now?

Many people just want to be free, to be allowed to be who they are. Maybe we're just tired of being suppressed? It's time for us to unleash the full potential of ourselves and our experience of this beautiful life, where we don't have to fight for the right to exist. I think that's a very important thing. Our obsession with perfection is absurd; we should just worship what's natural and imperfect, like you or me. It's important for me to erase that line.

You've said your favourite track off the album is the closing one, A Little Place Called The Moon. Why is that?

It's the perfect ending. You have to wait so long for the final release where I finally come in again. I like the patience of it, it offers you one last breath before it all ends and disappears into the sky. And it's a really good bridge to my next album.

A bridge! Can you tell us a bit more about that?

We have one last thing to reveal to you as well. Last week, we revealed the Top 100 most-streamed Disney songs in the UK and Into The Unknown, your song with Idina Menzel from Frozen 2, was Number 4!

Oh my god! I didn't know that!

What do you remember about that time? Recording that song?

Well, someone from Disney called me and said - do you know how to sing like Mother Earth? Like in general? I said yes. Did I know how to sing with, like, ancientness flowing through my veins? I said yes, I can do that. They asked me to come to London and I recorded my vocals in this beautiful church. On the song, all the reverbs on my vocals are natural because of that. I recorded it with 20 other people [from Disney] listening in the other room. It was a bit intimidating!

And it must have been nice because, of course, the land of Frozen was directly inspired by Norway.

Yes, it was nice for me to sing in a movie that connected me to my roots, to Norway. I'm very happy to see Disney asking local artists for the movies that take place in those countries. Like Encanto! It matters so much. I hope they continue to do it.

The Gods We Can Touch is out now via Decca.