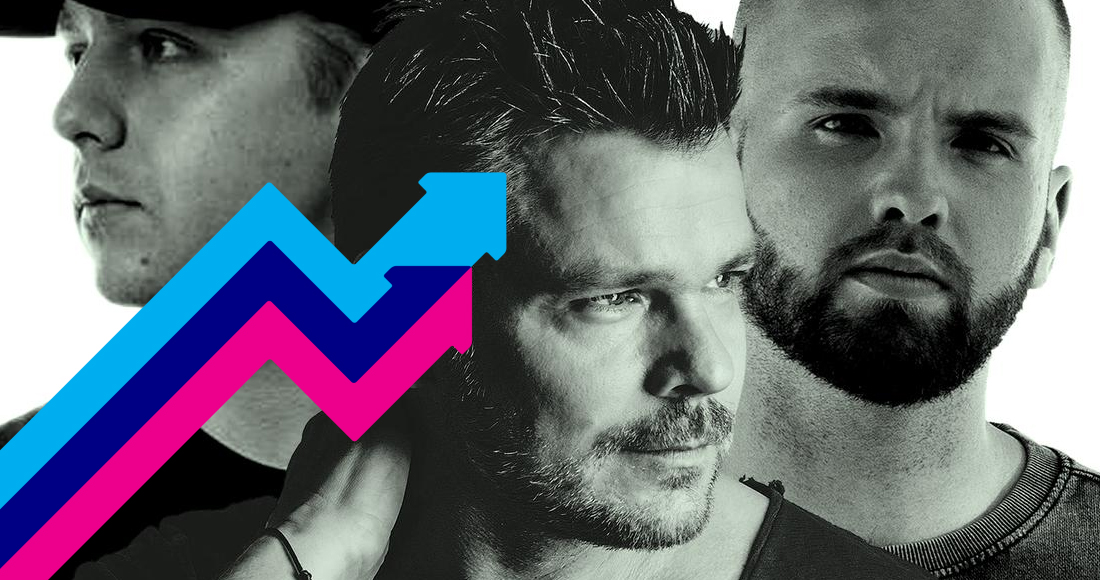 ATB, Topic and A7S climb to Number 1 on the Official Trending Chart with their hit collaboration, Your Love (9pm).

The track is a remix of German DJ ATB's 1999 Number 1 hit 9pm (Till I Come) - the Official Song of the Summer that year - featuring the original single's iconic refrain remixed by DJ Topic and singer/songwriter A7S, in collaboration with the original artist.

Your Love (9pm) currently sits at Number 15 on the Official Singles Chart, and is set to climb to the cusp of this week's Top 10 if it stays on its current pace - with 7.97m streams in the UK alone to date, there's plenty of opportunity to potentially become one of the year's biggest dance hits as we move into warmer months.

Elsewhere on this week's Official Trending Chart, Digga D claims two spots with Bluuwuu and No Chorus, both from his new mixtape Made In The Pyrex, which is set to make a Top 10 debut on the Official Albums Chart this week.

Rag'n'Bone Man's comeback track All You Ever Wanted could enter the Top 40 for the first time this week, flying up 43 places midweek, while there are further brand new entries from Maisie Peters with John Hughes Movie, and another posthumous Pop Smoke single, AP, from the soundtrack of impending coming-of-age film Boogie - in which the late rapper stars in his acting debut as Monk, a basketball rival of the eponymous main character.