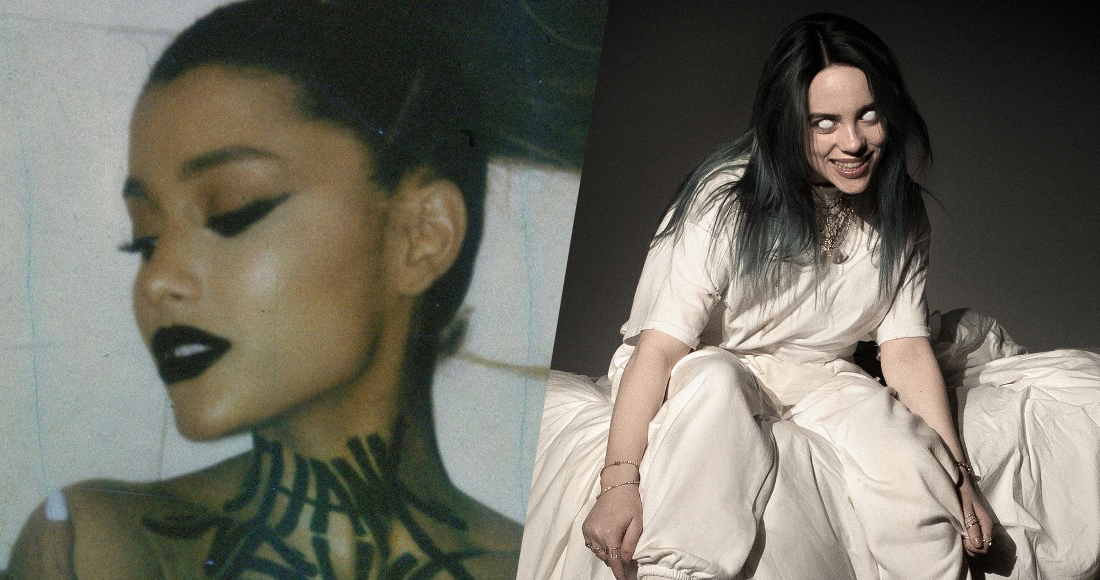 Ariana Grande is Number 1 on the Official Irish Singles Chart once more with 7 Rings.

The Floridian coasted to the top with a lead of 2,000 combined sales for a third week at the helm. 7 Rings is Ariana’s third Number 1 hit in less than 12 months in Ireland, making her and Dua Lipa the only females to achieve the feat this decade.

Billie Eilish claims her second Top 10 hit, and her highest ever position with Bury A Friend, which goes straight in at Number 2. Lewis Capaldi shoots five places to Number 3 with Someone You Loved, plus Sam Smith & Normani also log a new peak placing with Dancing With A Stranger at Number 4.

Mabel collects her highest chart position ever with Don’t Call Me Up, which rises six to Number 6, while Calvin Harris & Rag’n’Bone Man continue to gain momentum, lifting two to Number 7 with Giant.

High climbers this week include Lauv and Troye Sivan who vault nine slots to 17 with I’m So Tired, and Kehlani, whose Nights Like This featuring Ty Dolla $ign zooms 12 spots to 27. After the release of its music video, 21 Savage’s A Lot makes its Top 50 debut at 28, while Marshmello rockets 13 to Number 34 with Happier ft. Bastille following his virtual concert on the video game Fortnite.

Finally, Arizonan singer Alec Benjamin makes his first Top 50 appearance with Let Me Down Slowly at 38, boosted by a new collaborative version with Alessia Cara.