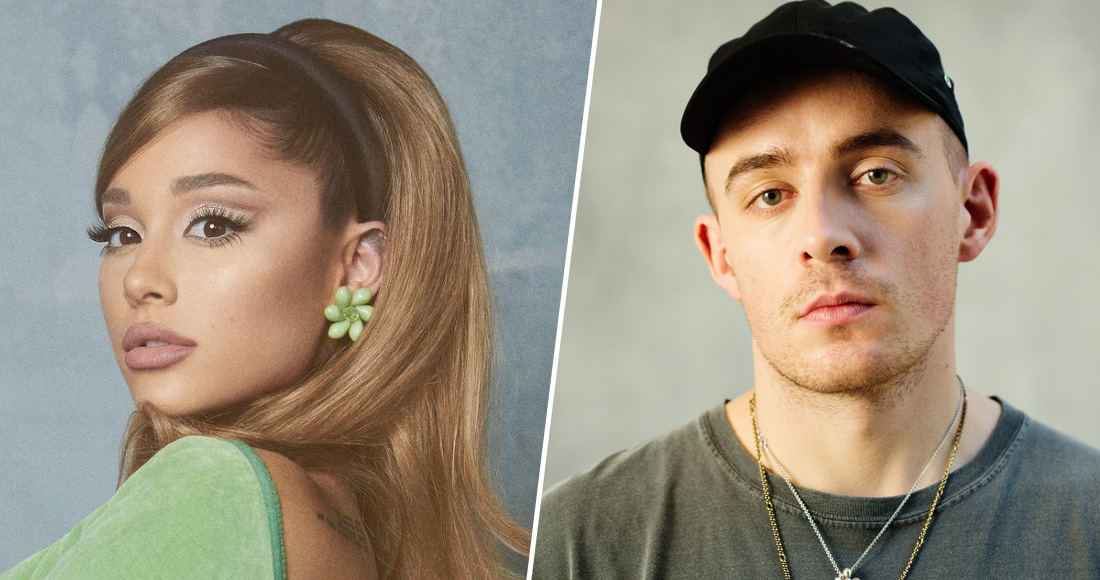 Chart battles don't get any closer than the one that is currently unfolding on the Official Irish Singles Chart between Ariana Grande and Dermot Kennedy.

Just one chart sale separates the two songs at the top of today (Nov. 23)'s midweek sales flash, with Ariana Grande's Positions just a whisker ahead of Dermot's Paradise, a collaboration with Italian producer trio Meduza.

If Ariana holds her current lead, Positions will return to Number 1 for a fourth non-consecutive week, but if Dermot pulls ahead and can maintain an advantage, he'll be the first Irish act to reach Number 1 on the Official Irish Singles Chart in over five years.

At this halfway point of the week, Ariana has the edge on streaming, with Dermot outperforming on downloads. Dermot has come close to topping Ireland's national Top 50 on two previous occasions with Outnumbered and Giants both peaking at Number 2 in August 2019 and July 2020 respectively.

Elsewhere in the sales flash Top 10, last week's Number 1 Therefore I Am from Billie Eilish is down to 3, Miley Cyrus' Prisoner ft. Dua Lipa is set to be this week's highest new entry at 4, Shawn Mendes & Justin Bieber are currently at 8 with Monster, and BTS could secure a high entry with Life Goes On at 10.

The cut-off for sales and streams to count towards this week’s chart is 11:59pm on Thursday (Nov. 26). This week's final Official Irish Singles and Albums Charts will be published on OfficialCharts.com/Ireland at 3pm on Friday (Nov. 27). Listen to The Official Chart every Friday on RTÉ 2FM with Bláthnaid Treacy at 7pm.