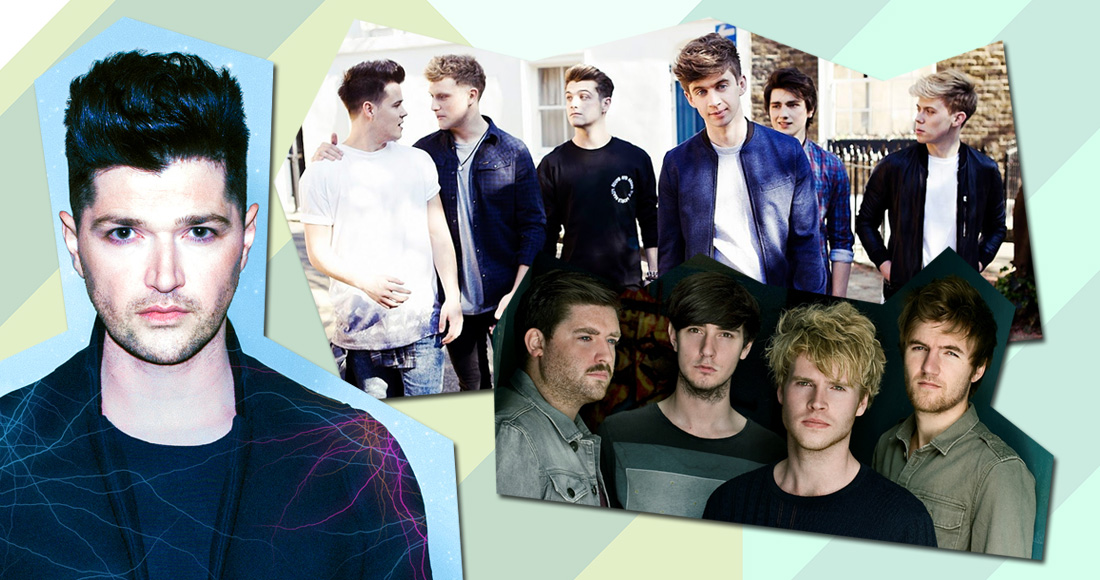 Dermot Kennedy is on the verge of a pretty incredible achievement.

The singer-songwriter from Rathcoole is currently Number 2 on the Official Irish Singles Chart with his track Outnumbered, which has spent the last two weeks in the runner-up slot. Should he claim the Number 1, Dermot will become the first Irish act to top the national chart since March 2015. Furthermore, he'll be the first Homegrown soloist to achieve the feat since August 2013.

So who were the last Irish acts to lead the Top 50? Let's revisit the last five and their chart-topping singles.

Hometown - Cry For Help and Where I Belong

Louis Walsh-formed boyband Hometown are the most recent Irish collective to reach the mountaintop, doing so with their first two singles. Both Cry For Help from March 2015 and Where I Belong released in December 2014 debuted at Number 1.

Sadly the group's third single The Night We Met co-written by One Direction's Liam Payne didn't fare as well, peaking at Number 59. The band's self-titled album reached a respectable Number 4 in November 2015, before the lads' final single failed to chart in 2016. In December of the year, the group split.

Since then, Brendan Murray has represented Ireland at the Eurovision Song Contest and reached the UK's X Factor live shows and Dayl Cronin appeared on the first season of Dancing with the Stars.

MORE: Who has had the most Number 1s this decade on the Official Irish Singles Chart?

A group with five consecutive Number 1 albums, The Script know a thing or two about chart-topping singles as well. Superheroes rocketed to the top in September 2014, giving Danny, Mark and Glen their third Number 1 on home soil, following 2010's For The First Time and 2012's Hall of Fame with will.i.am.

Bonus trivia: while Superheroes was the best-selling Number 1 that year by an Irish act, it was Hozier who had the biggest Homegrown track of 2014. Peaking at Number 2 for four weeks in late 2013, Take Me To Church was so big that it's popularity ran into the following year. It also topped the Irish artist year-end chart in 2015 too.

The series created quite the impact on the Official Irish Singles Chart, sending the likes of The Stunning, Julie Feeney, Ryan O'Shaughnessy, Duke Special, Johnny Logan, Samantha Mumba and Mundy into the Top 10 following the first four episodes.

The fifth instalment saw Finbar Furey and his song The Last Great Love Song written by Garry Fleming voted the winner, and the song reached Number 1 in the aftermath. Finbar then went onto win the live grand finale filmed at the 3Arena the following week.

The 13th biggest song of 2013, and the best-selling among Homegrown talent, Kodaline's debut single High Hopes was a roaring success, but the twist was, it wasn't their first time at the top.

Steve, Mark and Vinny previously reached Number 1 under the name 21 Demands in 2007. 21 Demands had been crowned runners-up on RTÉ talent show You're A Star, with their debut single Give Me a Minute becoming the first song in the history of the Official Irish Chart to get to Number 1 on downloads alone.

MORE: The biggest singles and albums of 2018 by Irish acts

The track was recorded to raise money for the care of four-year old Lily-Mae Morrison, who had been diagnosed with Stage 4 Neuroblastoma. Original performer Elton John pledged fans to support the single, with Song for Lily-Mae going on to spend two weeks at Number 1 on the Official Irish Singles Chart, becoming the fourth biggest song of 2012 in the process.

Now aged 11, Lily-Mae is cancer free after undergoing a clinical trial in Michigan. Now there's a story with a very happy ending.