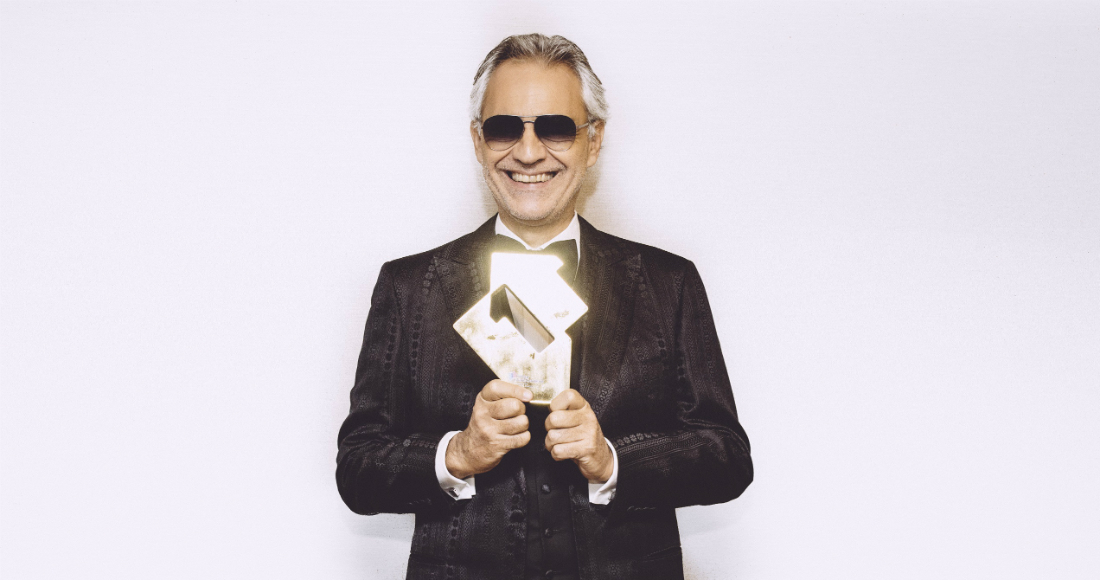 Andrea Bocelli has landed his first chart-topping album in the UK with Si, the first classical album to hit Number 1 in almost 21 years.

Si, which features collaborations with Ed Sheeran, Dua Lipa, and Andrea's son Matteo, is the first classical Number 1 in the Official Albums Chart since James Horner's Titanic soundtrack, which topped the chart for three weeks in early 1998.

Andrea Bocelli the first classical vocalist to score a chart-topping album since 1996, when Luciano Pavarotti, Jose Carreras, and Placido Domingo went to Number 1 with The Three Tenors in Concert.

Speaking to OfficialCharts.com, Andrea Bocelli said: "Life never ceases to amaze. I would never have imagined achieving this, even in a country that welcomed me from the very beginning. Yet beyond the numbers and the charts, what really counts is the affection of an audience – the handshakes, the smiles, the applause.

"My heartfelt thanks to all those people who wanted to reward my latest effort. A big thank you also on behalf of my little, great Matteo who, these days, has been living by my side – an indescribable experience." 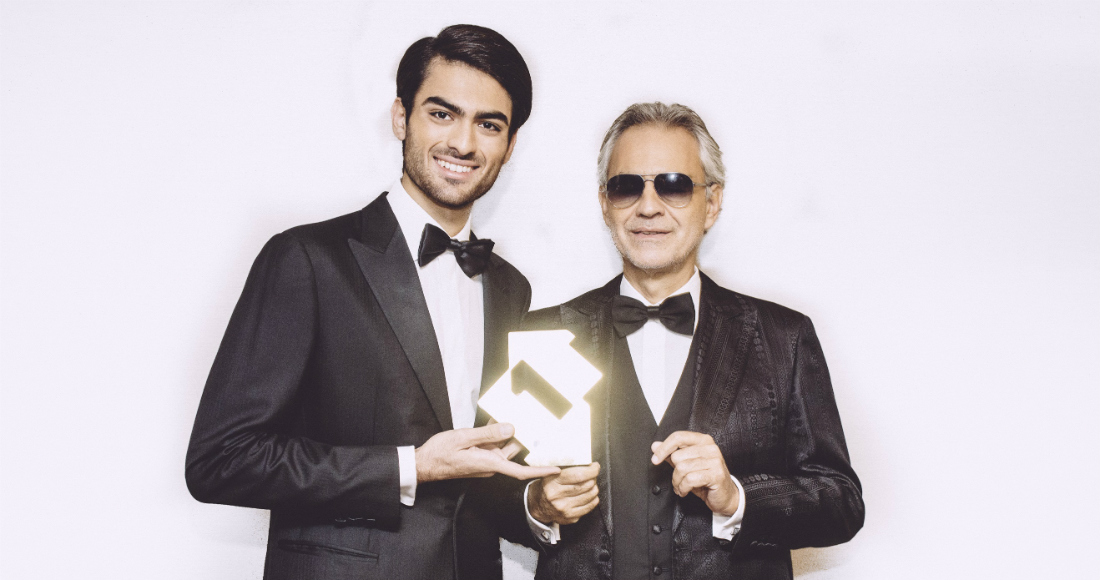 Official Charts Company CEO Martin Talbot says, "Andrea Bocelli has long been a phenomenon in classical music, but that is cemented by this week’s incredible success of his new album. For Andrea to find himself right competing at the top of the Official Albums Chart, especially at such a competitive time of year, indicates that he is more popular than ever and truly established as one of the UK’s favourite artists."

Last week's Number 1, the cast recording of A Star Is Born, slips to 2, and Queen's soundtrack to the Freddie Mercury biopic Bohemian Rhapsody climbs two slots to 3.

Queen have another Top 10 album in The Platinum Collection, zooming 27 places to 7. The last time Queen had two albums in the Top 10 was back in January 1992, with both volumes of their Greatest Hits, following the death of frontman Freddie the previous November. The original Greatest Hits – the biggest selling album of all time in the UK – is in the Top 40 too, rocketing 55 spots to 23.

Singer-songwriter Tom Odell scores his third UK Top 5 album, as Jubilee Road goes in at 5; Culture Club and Boy George score their eighth Top 40 album together with Life, in at 12; and Thom Yorke's soundtrack for supernatural horror movie Suspiria starts at 13.

The Kingdom Choir, who shot to fame following their appearance at the wedding of HRH Prince Harry to Meghan Markle, are new at 17 with Stand By Me, while Canadian rapper Tory Lanez nabs a third Top 40 with Love Me Now, new at 18, and Swedish dancepop enigma Robyn lands a fourth, with Honey going in at 21.

Japanese singer and former YouTuber Joji is new at 26 with Ballads 1, Razorlight return to the Official Albums Chart after ten years away with Olympus Sleeping at 27, while two former chart-toppers return to the top flight: Little Mix rise ten spots with Glory Days (39), and Michael Jackson's Number Ones advances four to 40.