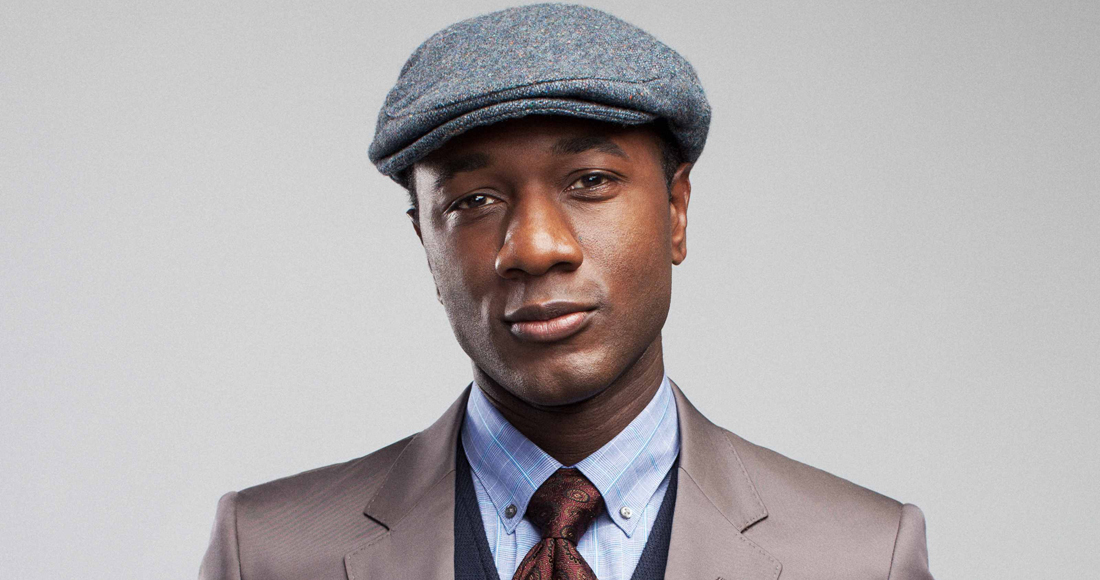 Aloe Blacc set to follow up his Number 1 smash with Avicii, Wake Me Up, with a chart topper of his own!

Aloe Blacc looks set to knock 5 Seconds Of Summer off the top of the Official Singles Chart this weekend with his latest single, The Man.

The US singer/songwriter shot to fame in 2011 with the track I Need Dollar. While this will be his first solo Number 1 on our shores, Aloe did of course reach the top spot last summer providing guest vocals for Avicii’s million-selling hit, Wake Me Up.

The Man, which samples the chorus melody of Sir Elton John’s Your Song, is taken from Aloe’s third album, Lift Your Spirit, which is set for release in the UK next Monday (April 7).

Meanwhile, Duke Dumont and Jax Jones former Number 1, I Got U, holds firm at Number 2, while John Legend’s All Of Me climbs two to Number 3.

John Martin, who has featured on four massive Top 10 hits (including Swedish House Mafia’s first and only UK Number 1 smash, Don’t You Worry Child) is now on track for a Top 10 single all of his own. The Swedish singer/songwriter’s debut solo single, Anywhere For You, enters today’s Update at Number 4.
Faul & Wad Ad Vs Pnau’s Changes completes today’s Top 5, falling two places to Number 5.

Scottish singer / songwriter Paolo Nutini is hovering just outside of the Top 10 on today’s Official Singles Chart Update withnew single Scream (Funk My Life Up) (Number 11). The track is the first single to be lifted from his hotly anticipated third album, Caustic Love, which is set to be released in the UK on April 14.

Shakira is on track for her 12th Top 40 hit this weekend with Empire. Taken from her recently released self-titled album, the track climbs 41 places to Number 20 today. Meanwhile, The Klaxons are new in at 33 with There Is No Other Time - the first single to be lifted from their forthcoming album, Love Frequency, while late Chicago house legend Frankie Knuckles rounds off the midweek new entries as Your Love rides at Number 35.