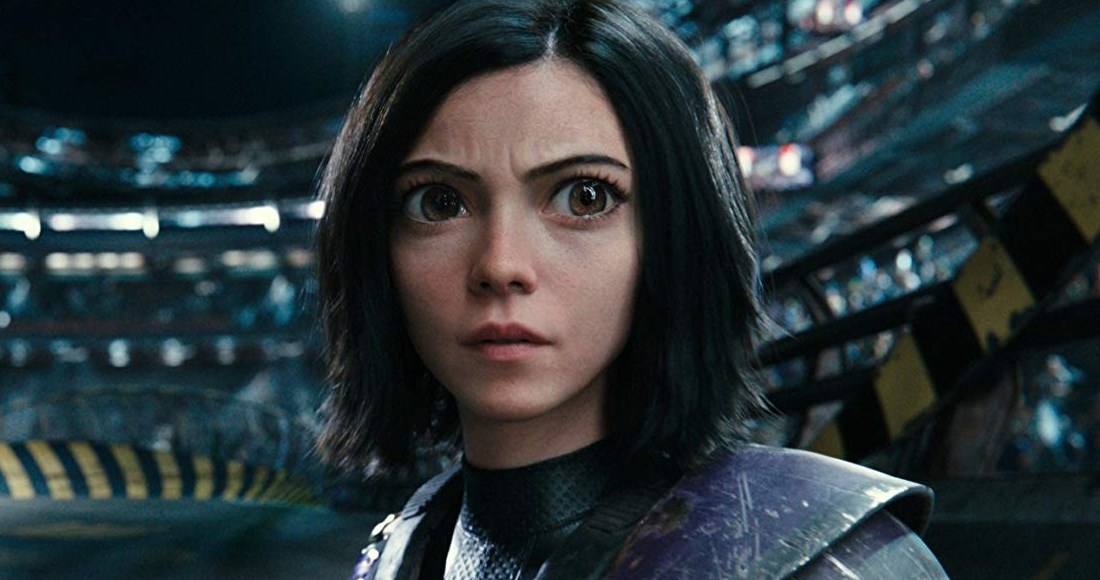 Based on a Manga character, the Robert Rodriguez directed film tells the tale of a reactivated cyborg on a quest to remember her past life. Starring Rosa Salazar in the titular role with a strong supporting cast including Christoph Waltz and Jennifer Connelly, Alita hits the top spot after its release on disc.

As a result Captain Marvel slips to Number 2; its fourth week on the chart, all have been spent in either the Number 1 or Number 2 position.

The week’s highest new entry comes from Tim Burton’s live action remake of Disney’s animated classic Dumbo, flying in on digital downloads only at Number 3. Starring Michael Keaton, Danny DeVito, Eva Green and Colin Farrell, the film blends live action with computer generated graphics to bring the story of the elephant with the oversized ears to a whole new generation.

At Numbers 4 to 6 are previous chart toppers, Fisherman’s Friends (4), Mary Poppins Returns (5) and Spider-Man: Into The Spider-Verse (6). Right behind that, 1994’s The Lion King climbs into the Top 10 for the first time on the Official Film Chart in the wake of the remake hitting cinema screens.

Bohemian Rhapsody and How To Train Your Dragon: The Hidden World trade places with the latter up a place to 8 as the former slips to 9.

Further down the Top 40, Tom Cruise’s eighties classic Top Gun climbs into the Top 20 at Number 18 as the trailer for the highly anticipated sequel continues to build excitement.