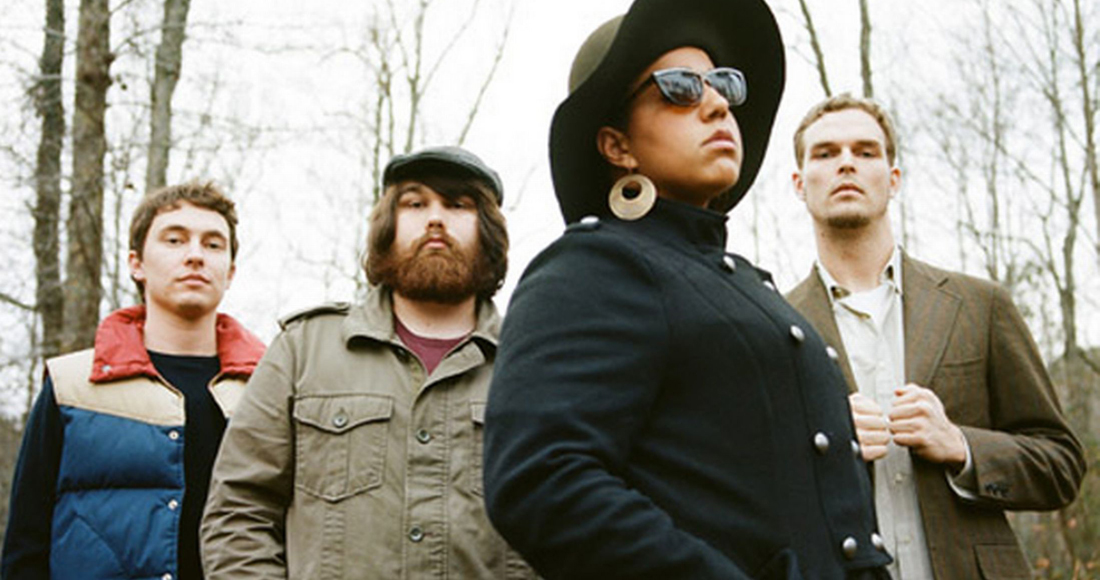 Up-and-coming US rockers Alabama Shakes make a shock entrance in pole position on today’s Official Albums Chart Update. Formed in Athens, Alabama, in 2009, the Americana outfit released debut album Boys & Girls this week, featuring the critically-acclaimed single Hold On, and have already stormed ahead of mega stars Adele and current chart topper Nicki Minaj in the race for Number 1.

The band spoke to OfficialCharts.com about the prospect of topping the Official Albums Chart this weekend: “Considering where we were just eight months ago, it is hard to contemplate our album being in the top 200 let alone Number 1. It truly is an honor. We are just mostly happy that our album is finally released and people are getting to hear it in its entirety. We are really proud of it. Thanks for all of the support!"

Adele’s 21 climbs one place to Number 2, while Nick Minaj’s Pink Friday – Roman Reloaded looks set for a Number 3 on Sunday. Jessie J’s Who You Are climbs four places to Number 4 and Emeli Sande’s Our Version Of Events completes the Official Chart Update Top 5.

Counting Crows lead the rest of the new album entries today with Underwater Sunshine – Or What We Did in at 11, while West End star Ramin (12) takes a jump into the chart world this week. Ramin might be a new face on the Official Charts, but he is known to millions the world over. The Iranian-born Canadian singer and actor has performed in such massive productions as Jesus Christ Superstar, Miss Saigon, Bluebird, Lord Andrew Lloyd Webber’s The Phantom of the Opera and Love Never Dies, and more recently as Jean Valjean in Cameron Mackintosh’s Les Misérables in London’s West End.

Ramin released his debut self-titled album earlier this week, which not only draws from his theatrical background, but also his rock roots with covers of Bryan Adams' Everything I Do (I Do It For You) and Muse’s Guiding Light. Ramin the album looks set to make a splash on the Top 20 of this week’s Official Albums Chart, therefore we feel it’s high time you were introduced! Watch an interview with him below:

See the Official Albums Chart Update Top 40 in full below:

© 2012 the Official Charts. All rights reserved.