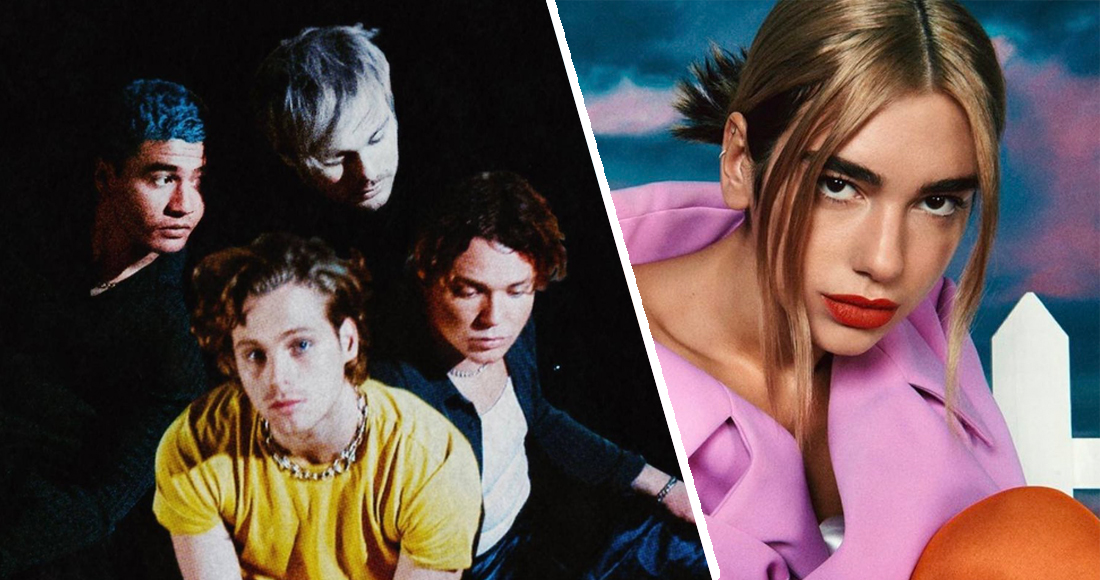 It’s been a seriously close battle between 5 Seconds of Summer and Dua Lipa for this week’s Number 1 album; but it’s the Australian rock band who triumph at the final whistle with their new album Calm.

83% of Calm’s Week 1 total came from physical sales, including 12,000 copies on cassette. For Dua, Future Nostalgia performed evenly on physical and streaming formats, each contributing just over 40% to her total. The album does however claim the Number 1 spot on the Official Vinyl Albums Chart, shifting 3,000 copies on wax.

Celebrating the news, 5SOS told Official Charts: "What an astonishing achievement and what a true testament to the most brilliant fan base in the world. A UK Number 1 album.

"To the people that listen to our music, it is so hard to describe the joy and fulfillment that we get from writing music for you to listen to and enjoy as you pass through life. It is a pleasure to be on such an iconic journey with you as we grow up and our music progresses into new areas of imagination. With the state that the world is in at the moment, I hope our record CALM has brought you happiness and is a soundtrack to stimulate escapism from the confines of your bedroom. CALM was created for that exact reason. All our love. Stay well and keep lifting each other up!"

Future Nostalgia – Dua's second collection – takes the runner-up slot and marks a personal best for the singer following the Number 3 peak of her self-titled debut album, which also appears in this week’s Top 40, up nine places to Number 19.

Elsewhere, US rapper and singer Joyner Lucas enters at Number 16 with his debut album ADHD and The Gaslight Anthem’s Brian Fallon lands at Number 32 with his third solo record Local Honey.