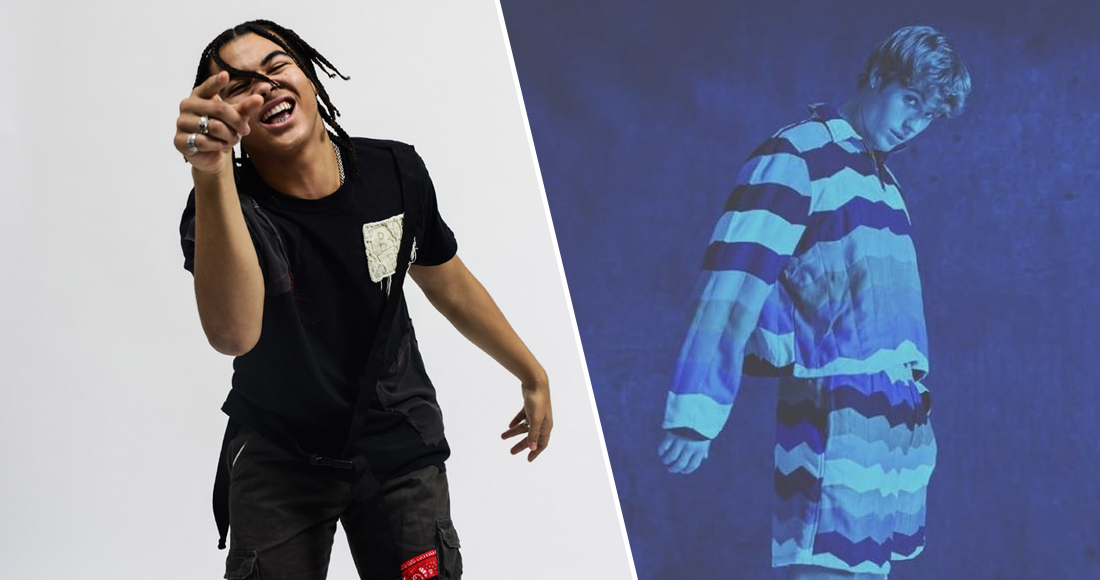 We’re in line for a new Number 1 on the UK’s Official Singles Chart this week as 24kGoldn moves into pole position on the Official Chart: First Look.

Mood ft. Iann Dior is the most streamed after the first two days of the new chart week. If the track continues its trajectory, it will mark the first UK chart toppers for the 19-year-old and 21-year-old US rappers. Get to know 24kGoldn in our new video interview with the rising star.

Justin Bieber is on track for this week’s highest new entry with new single Holy ft. Chance The Rapper. Currently at Number 10, the Canadian could pick up his 21st UK Top 10 single.

Three songs are on course for new peaks in the Top 10 this week including Paul Woolford & Diplo’s Looking For Me ft. Kareen Lomax (4), Jason Derulo’s Take You Dancing (7), and Miley Cyrus’ Midnight Sky (8).

The highest climber after 48 hours – and the most downloaded song of the week so far – is Sigala and James Arthur’s Lasting Lover, up 10 to Number 17.

The final Official Singles Chart Top 40 will be unveiled on BBC Radio 1’s Official Chart with Scott Mills this coming Friday from 4pm, with the full Top 100 published on OfficialCharts.com from 5.45pm.