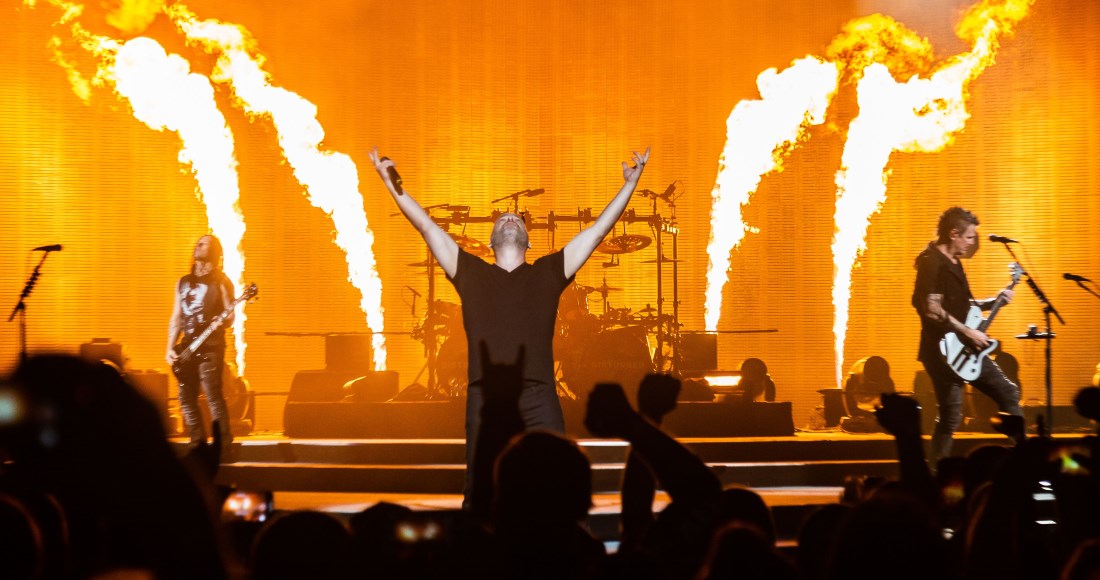 Disturbed are an American heavy metal band from Chicago, formed in 1994, and currently includes vocalist David Draiman, guitarist/keyboardist Dan Donegan, bassist John Moyer and drummer Mike Wengren. Disturbed had originally begun life as a band called Brawl, but changed once they recruited Draiman. Disturbed recorded a host of EPs before releasing their debut album The Sickness in 2000 which sold over four million copies worldwide. Disturbed have an unofficial fifth member called The Guy, who has appeared as part of the band’s artwork since inception. Disturbed went on hiatus in 2011, returning in 2015. The band's highest-charting single in the UK is 2016's The Sound of Silence, which peaked at Number 29 on the Official Singles Chart after featuring in a TV advert for the Gears of War series of video games. Image: Brandon Nagy/Shutterstock
View Comments
comments powered by Disqus