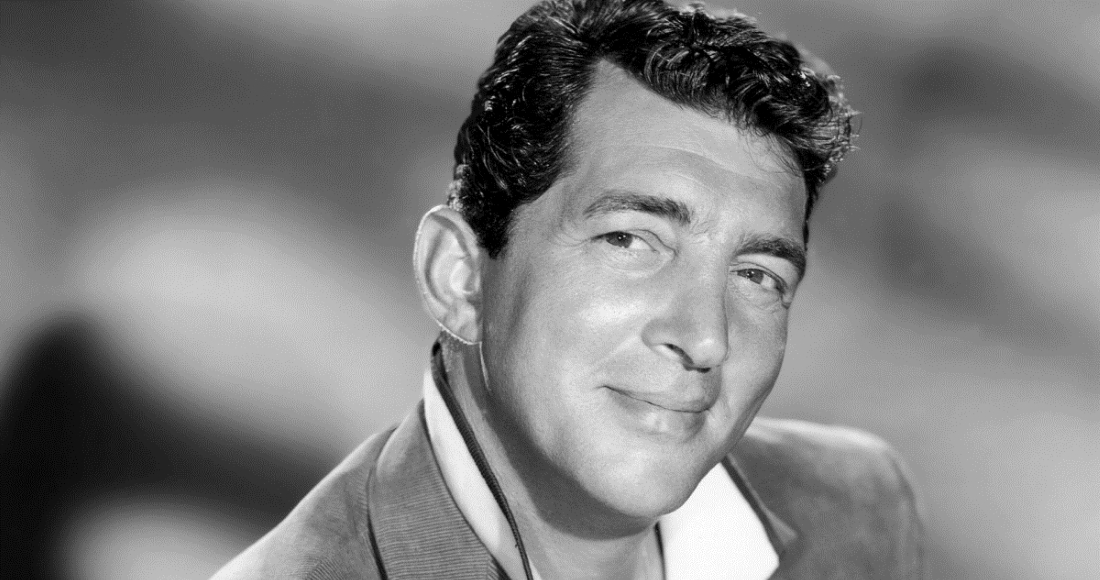 Dean Martin was born Dino Paul Crocetti on June 7, 1917 in Steubenville, Ohio, and was an American actor, singer and comedian. Dean Martin started out as an amateur boxer called Kid Crochet, giving that promising career up to become a croupier in an illegal casino behind a betting shop and occasionally singing with local bands. Dean Martin got his big break forming a musical comedy double act in 1946 with Jerry Lewis, making their TV debut on the Ed Sullivan Show and eventually appearing in a string of buddy movies. Dean Martin’s movie career took centre stage in the fifties as his crooning style of singing was increasingly sidelined by the advent of rock and roll, and was soon teaming up with Frank Sinatra and Sammy Davis Jr for films, leading to them being leaders of The Rat Pack, who stalked the Vegas strip as showbiz entertainers. Dean Martin recorded over 100 albums, had his own TV show and scored his only UK Official Singles Chart Number 1 in 1956 with Memories Are Made of This. Dean Martin enjoyed smoking, but alas that lead to illness in later life and he died of acute respiratory failure resulting from emphysema at his Beverly Hills home on Christmas Day, 1995 at the age of 78.