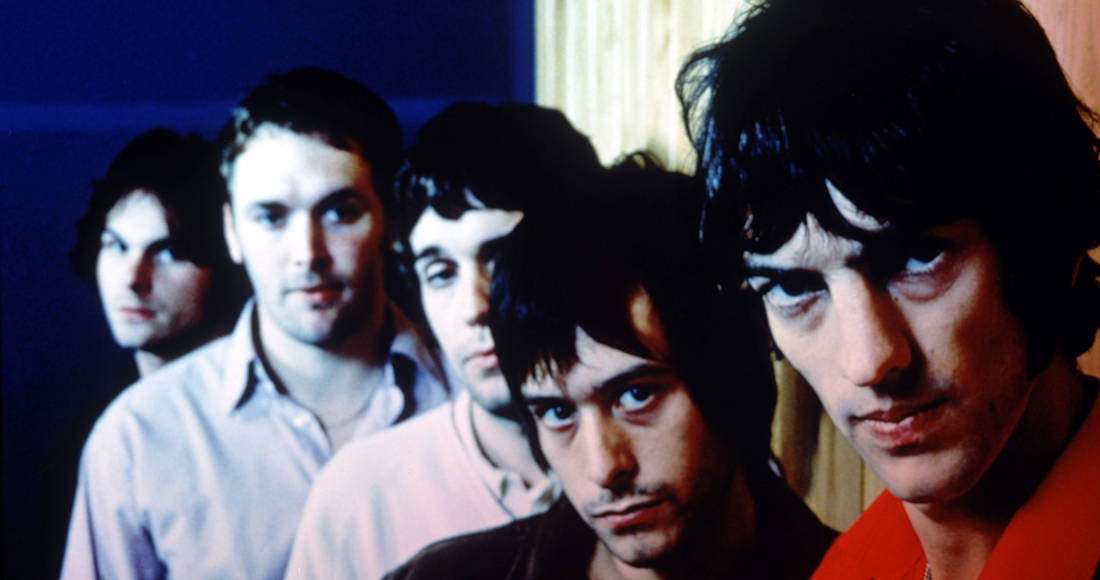 The Verve were an English rock band formed in Wigan, Greater Manchester, in 1989 by lead vocalist Richard Ashcroft (Born Wigan, September 11, 1971), guitarist Nick McCabe (born Haydock, born July 14, 1971), bass guitarist Simon Jones (born Liverpool, born July 29, 1972) and drummer Peter Salisbury (born Chippenham, September 24, 1971). The Verve were originally known as Verve (until the record company of the same name had a word and so they added the The in 1994) and released a number of EPs of far out cosmic waft-rock like She’s A Superstar and It’s All In The Mind, and the 1993 debut A Storm In Heaven, which they toured with some new bunch called Oasis in support. Always a bit of a tumultuous relationship, The Verve first split a few weeks after releasing the follow-up album A Northern Soul in 1995, reforming again in 1997 with additional member guitarist and keyboard player Simon Tong (born Farnworth, July 9, 1972). The Verve enjoyed an Official UK Singles Chart Number 1 in 1997 with The Drugs Don’t Work, and a UK Official Album Chart Number 1 with its accompanying album Urban Hymns. The Verve won three BRIT Awards in 1998 including British Album of the Year and Best British Group, and then promptly split up again in 1999, with Ashcroft beginning a solo career. The Verve reformed yet again in 2007 and enjoyed another UK Official Album Chart Number 1 with Forth in 2008 before splitting immediately afterwards again. Drama!

Latest news about The Verve