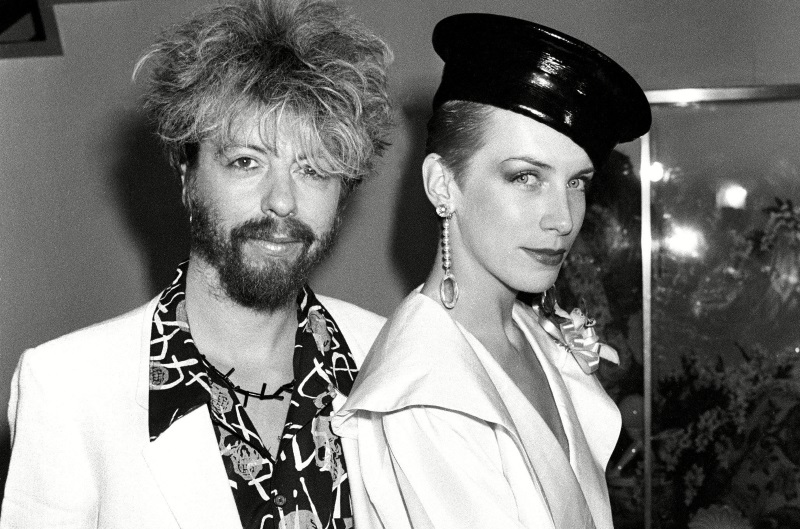 Eurythmics were a British pop duo consisting of singer and songwriter Annie Lennox (born December 25, 1954 in Aberdeen, Scotland) and songwriter and multi-instrumentalist Dave Stewart (born September 9, 1952 in Sunderland, England). Both Annie and Dave had previously been in the band The Tourists, who split up in 1980, and the pair of them were also briefly a real-life couple. Eurythmics released their first album In The Garden in 1981, but it was the follow-up Sweet Dreams (Are Made of This) where they started to actually sell some records and achieve global fame when the title track topped the Billboard charts. Eurythmics scored just the one UK Official Singles Chart Number 1, with the 1985 song There Must Be An Angel (Playing With My Heart), and three UK Official Album Chart Number 1s including 1983’s Touch, 1989’s We Too Are One and the 1991 Greatest Hits compilation. Eurythmics sold over 75 million records and also won the BRIT Award for Outstanding Contribution to British Music in 1999. While the duo are currently focused on solo careers, Annie and Dave have since reformed for one-off occasions.