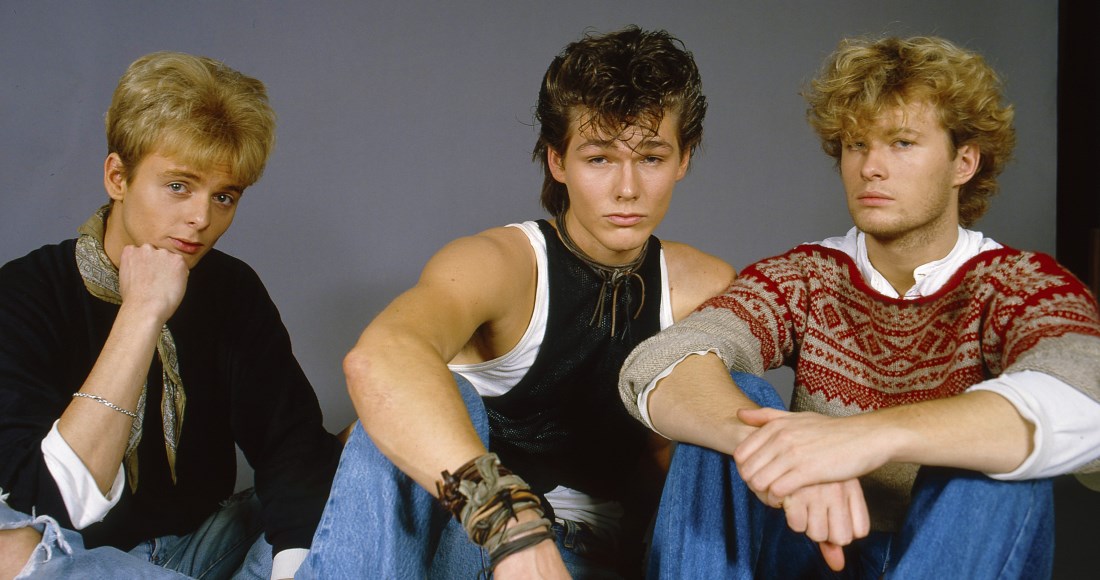 A-ha are a Norwegian band formed in Oslo in 1982, founded by guitarist Paul Waaktaar-Savoy (born September 6, 1961 in Oslo, Norway), keyboardist Magne Furuholmen (born November 1, 1962 in Oslo, Norway), and vocalist Morten Harket (born September 14, 1959 in Oslo, Norway). A-ha left Norway for London to work on their music, and knew they’d made the right decision when they heard The Human League’s Love Action in the cab from the airport. A-ha first released Take On Me in 1984, which failed to sell, but after they made its iconic video, it became their breakthrough hit the following year alongside their debut album Hunting High and Low. A-ha have had a string of hit songs such as I’ve Been Losing You, Cry Wolf, Stay On These Roads, their Bond theme The Living Daylights, and the 1986 UK Official Singles Chart Number 1 The Sun Always Shine On TV. A-ha were nominated for Best International Group at the BRIT Awards in 1987. Image: Ilpo Musto/Shutterstock