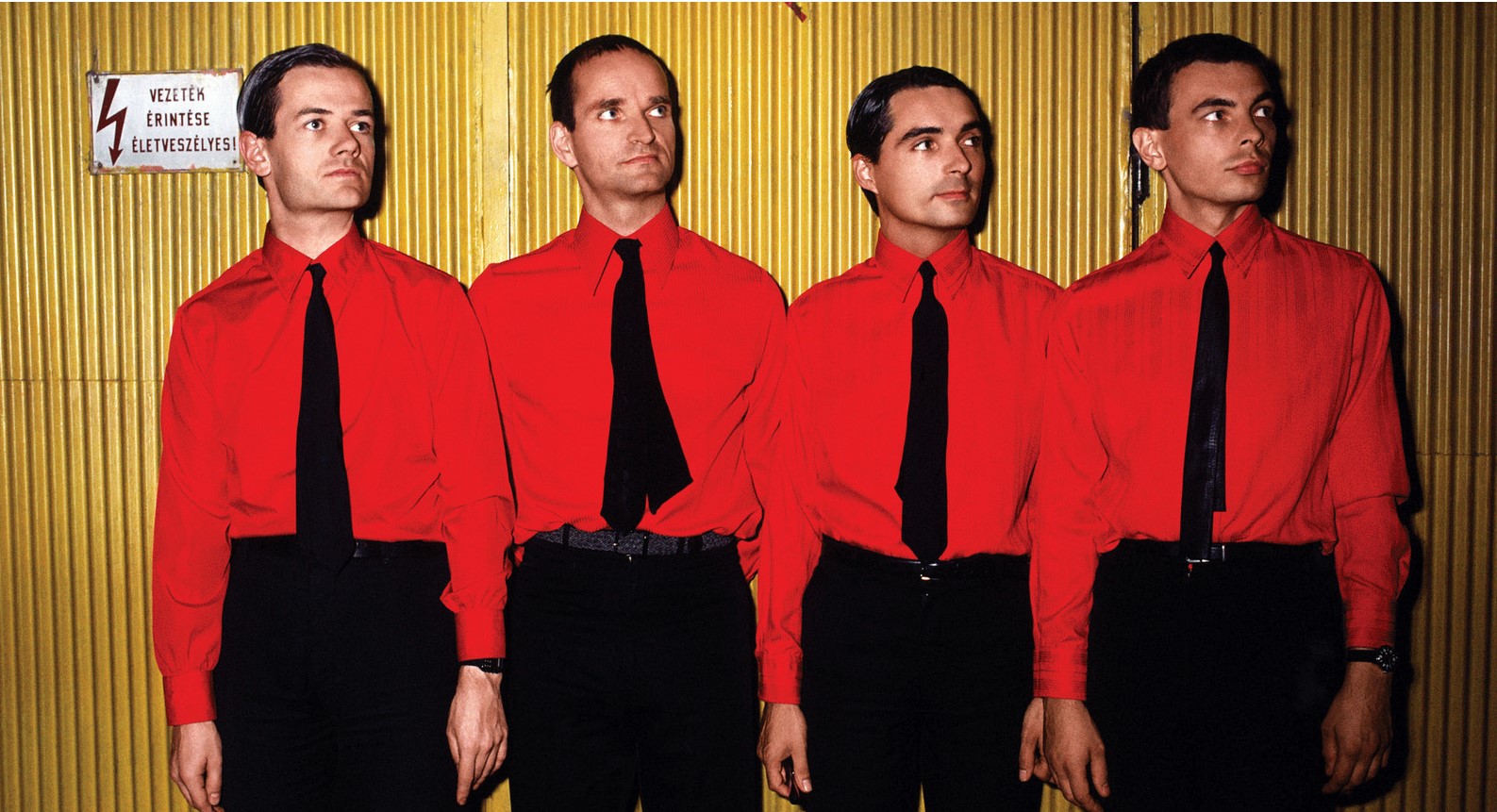 Kraftwerk are a German group formed in Düsseldorf in 1970 by Ralf Hütter (born August 20, 1946 in Krefeld, Rhine Province, Allied-occupied Germany) and Florian Schneider (born April 7, 1947 in Öhningen, Germany - died April 21, 2020), and are widely considered as innovators and pioneers of electronic pop music. Kraftwerk were initially a more underground, progressive affair, and had a mutating line-up that included members of Neu!, but by 1974 had started to fully embrace synthesisers with their fourth album, Autobahn, the title track of which also provided them with their breakthrough hit song, handily edited down from the original 22 minutes. Kraftwerk also built their own studio called Kling Klang in Düsseldorf, from where they would constantly work on their music and hoped to develop clothing you could play music on. Kraftwerk became their iconic quartet formation in 1975 with Karl Bartos and Wolfgang Flür on board, and were featured on Tomorrow’s World in what has been considered one of the most important moments in dance music history, and had an upswing in cool when David Bowie told the world that he thought they were amazing. Kraftwerk recorded a string of highly influential albums such as Radio-Activity, Trans Europe Express, The Man Machine and Computer World that cemented their reputation as the dads of synthpop and a key inspiration for hip hop and techno. Kraftwerk enjoyed a UK Official Singles Chart Number 1 with The Model/ Computer Love in 1982, and continue to this day with Hütter as the original remaining member alongside Franz Hilpert, Henning Schmitz and Falk Grieffenhagen after Flür, Bartos and Schneider departed in 1987, 1990 and 2008 respectively.
View Comments
comments powered by Disqus