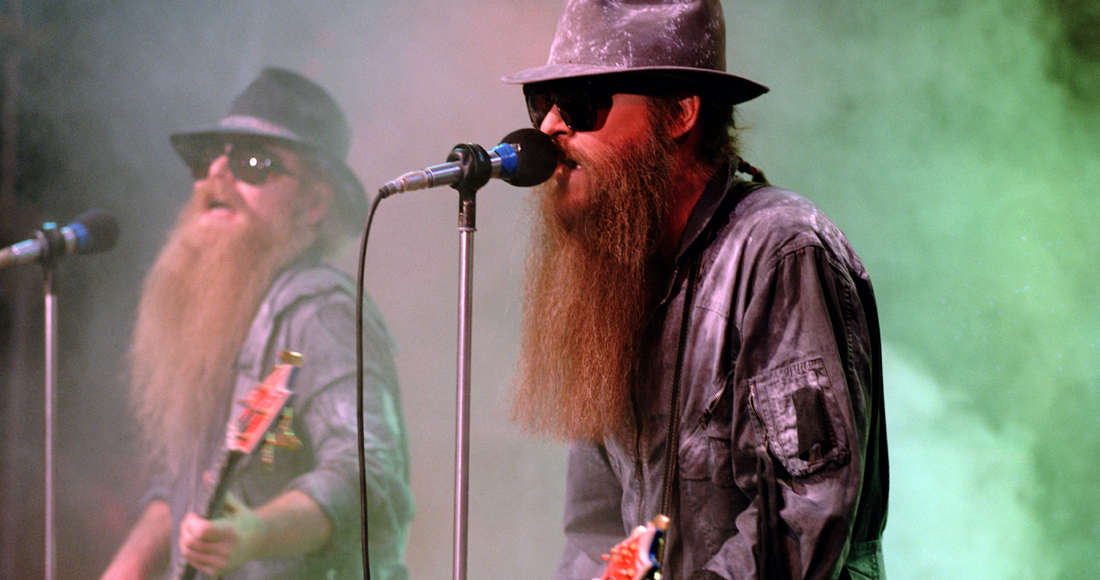 ZZ Top are an American rock band from Houston, Texas, formed in 1969, and consists of founder, vocalist and guitarist Billy Gibbons (born December 16, 1949 in Houston, Texas), bassist and vocalist Dusty Hill (born Joseph Michael Hill May 19, 1949 in Dallas) and drummer Frank Beard (born June 11, 1949 in Frankston). ZZ Top got their name from the initials of various blues acts such as ZZ Hill and BB King. ZZ Top released their debut album in 1973, with their 1993 release Eliminator being the most successful. The record was buoyed by a succession of classic videos for songs like Gimme All Your Lovin’, Sharp Dressed Man and Legs, and sold over ten million copies in the US alone. ZZ Top were inducted into the Rock and Roll Hall of Fame in 2004. Image: ITV/Shutterstock
View Comments
comments powered by Disqus