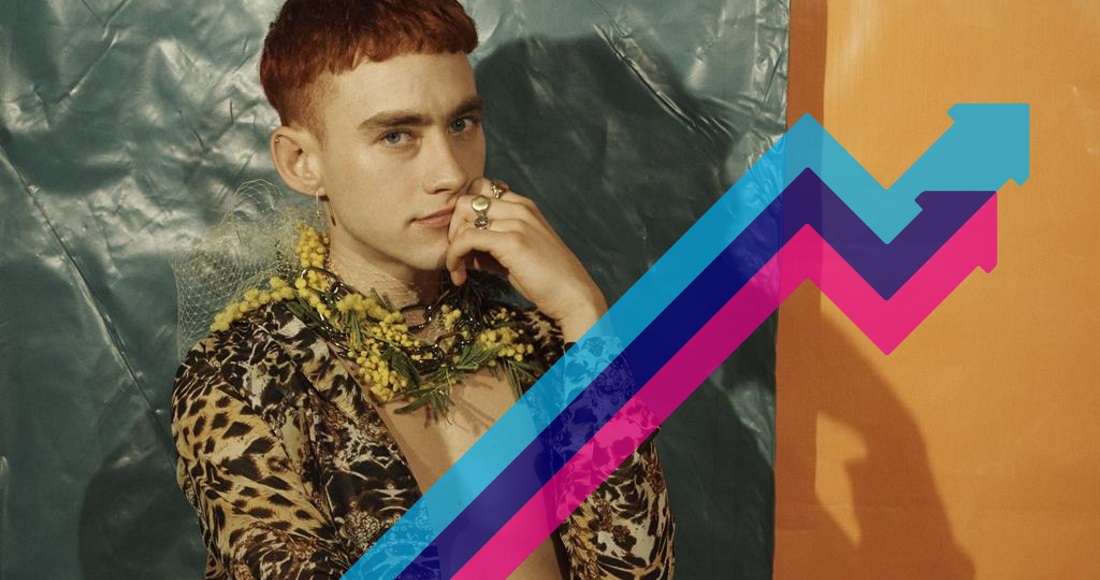 Years & Years' latest single If You're Over Me takes the Number 1 spot on this week's Official Trending Chart.

The trio's new tracks tops the list of 20 songs making the biggest impact in the UK this week, based on movement up the Official Singles Chart.

If You're Over Me - the second release from the group's forthcoming album Palo Santo - has been scaling the Top 40 for the past five weeks and looks set to enter the Official Singles Chart Top 10 this Friday (June 22). Watch the band's performance on The Graham Norton Show below:

If You're Over Me follows Palo Santo's lead single Sanctify, which peaked at Number 25 on the Official Singles Chart. Check out Years & Years' complete Official Chart history in full.

Ranking high on this week's trending Top 20 is 5 Seconds Of Summer's Youngblood following the release of their new album of the same name, while Nicki Minaj and Ariana Grande's brand new track Bed also makes a strong start.

Jonas Blue's latest single Rise ft. Jack & Jack is also making waves this week as it continues its ascent up the Top 40, while the latest track from Tiesto & Deko, Jackie Chan ft. Preme & Post Malone, is on track to make a huge climb up this week's Official Singles Chart.