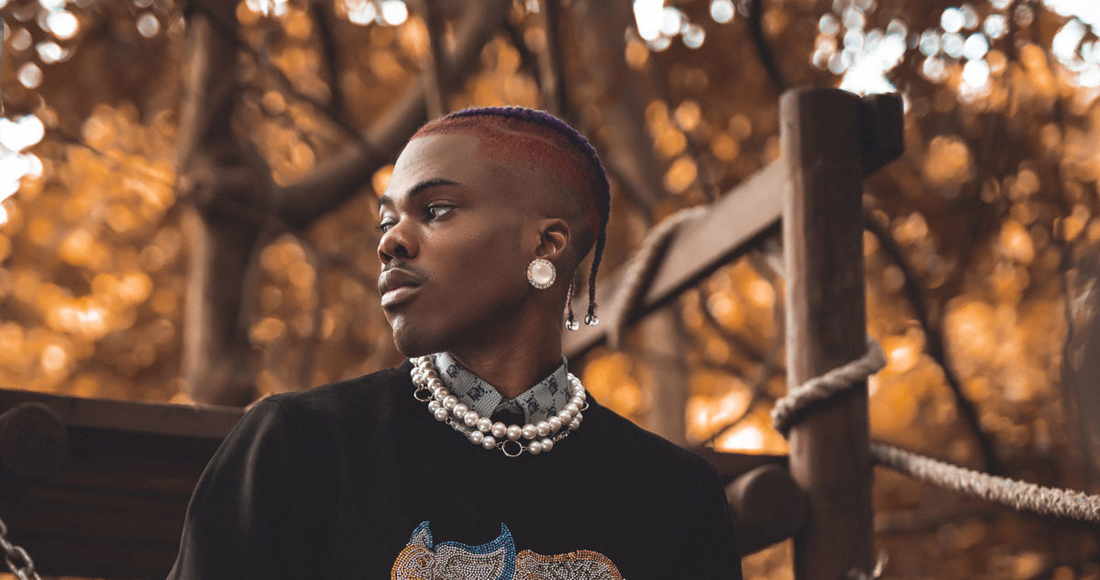 CKay is the artist to know right now. The self-defined Emo-Afrobeat star is soaring up charts across the globe thanks to a viral remix of his single Love Nwantiti, and the UK is no exception.

The Nigerian singer, songwriter and producer, whose real name is Chukwuka Ekweani, originally released Love Nwantiti (Ah Ah Ah) back in 2019 as part of his debut EP CKay The First.

It wasn’t until Summer 2021 however that the track began to really pick up steam. In late July a TikTok user remixed the single, which quickly went stratospheric across dance challenges, stan edits, makeup reveals and more -  2.5 million TikToks currently exist using just that particular mix (with hundreds of thousands more across other versions) - and users soon began seeking out the original.

Over the past seven days alone, Love Nwantiti has picked up 3.5 million streams in the UK, helping push it into this week's Official Singles Chart Top 10 at Number 9.

And its success doesn't stop there - just a quick glance at CKay's Twitter will offer the best view of his recent success, including being the most-Shazamed song in the world. The song's global presence is partly thanks to North African, East African and South African remixes, plus versions in French, Spanish, Italian and German - all featuring collaborators from each corresponding region or country.

If you're a fan of Love Nwantiti, CKay has two EPs worth of catchy Afropop tracks for you to enjoy.

Fusing Afrobeats with pop, electronic music, and even some interpolation of classical music - his natural flair for songwriting and production shines through in his tracks. A great starting point if you're looking for more is Felony, the opener of his second EP Boyfriend.

In an interview with South African magazine DRUM, the artist explained his music is mostly about love, “I am Africa’s boyfriend because of the music that I make, the predominant thing in my life is love. That’s the one thing that I feel defines me and I have experienced a lot of joys and pains in love."

As for the future, CKay has revealed he hopes to become as big as fellow Nigerian artists Wizkid, Burna Boy and Davido. He's already taking steps towards this having scored a feature and production credit on Davido's 2020 album A Better Time.

There’s more music to come soon, with hints towards a new single coming in early October and reports that CKay is working on his debut studio album.