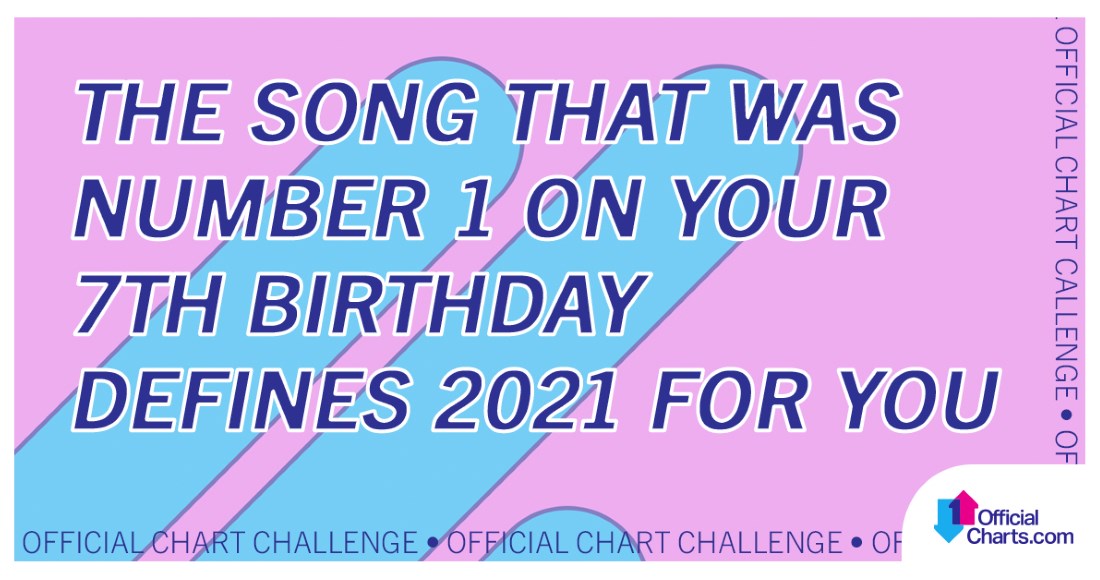 What song was Number 1 on your 7th birthday supposedly 'defines 2021 for you' according a new social media trend.

US artist Questlove posed the question to his followers on Twitter, which has had more than 30,000 shares in less than 24 hours and uncovered some hilarious responses.

Responses from users on the lastest trend include power anthem Eye Of The Tiger, Boyz II Men's End Of The Road, and Bob The Builder's Can We Fix It?

To find out who topped the UK's Official Singles Chart on your 7th birthday, simply enter your date of birth in our Official Chart archive. Tell us in the comments below if your result was hilarious, horrifying - or both!

Just for fun, we inputted in the 7th birthdays of some current chart stars to see which song supposedly defines their 2021.

There's definitely a little less conversation in person at the minute.

We're feeling you on this Olivia.

Cardi B: Genie In A Bottle - Christina Aguilera

We could do with having a few wishes granted right about now!

That's what Ariana and the rest of the world hope to be doing on a dancefloor as soon as it is safe to do so.